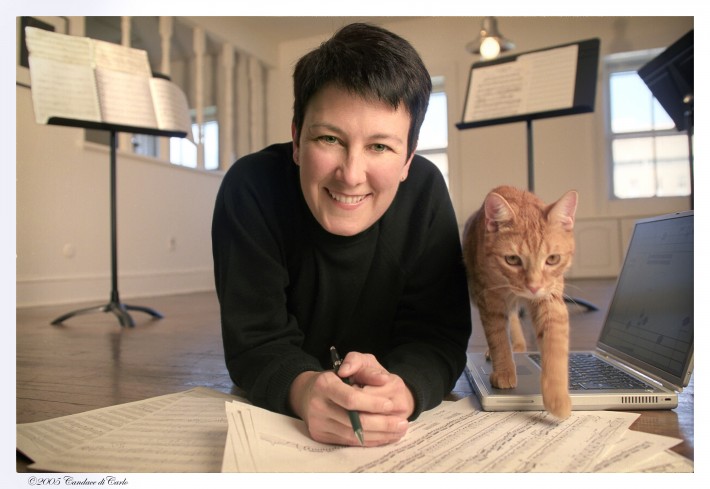 The Women in Music Festival is proud to welcome composer-in-residence and Pulitzer Prize winner Jennifer Higdon.

Dr. Higdon’s residency at the Eastman School of Music will include coaching with Eastman performers, lecture at the Composers’ Forum, give a master class, rehearsal with the Greater Rochester Women’s Philharmonic, and attend two concerts of her music at Eastman and Nazareht College.

Jennifer Higdon (b. Brooklyn, NY, December 31, 1962) is one of the most performed living American composers working today. Her list of commissioners range from the Cleveland Orchestra to the Philadelphia Orchestra; from eighth blackbird to the Tokyo String Quartet; and from The President’s Own Marine Band to such artists as Hilary Hahn. Higdon received the 2010 Pulitzer Prize in Music for her Violin Concerto, with the committee citing Higdon’s work as a “deeply engaging piece that combines flowing lyricism with dazzling virtuosity.” She has also received awards from the Serge Koussevitzky Foundation, the Guggenheim Foundation, the American Academy of Arts & Letters (two awards), the Pew Fellowship in the Arts, Meet-the-Composer, the National Endowment for the Arts, and ASCAP. In January, 2010, Higdon received a GRAMMY for Best Contemporary Classical Composition for her Percussion Concerto. She holds the Rock Chair in Composition at The Curtis Institute of Music in Philadelphia.  jenniferhigdon.com