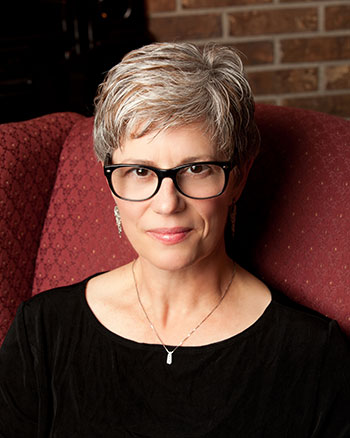 The Women in Music Festival is proud to welcome composer Melinda Wagner at its guest composer for 2013.  Ms. Wagner will be in Rochester for a four-day residency, March 27-30, which will include open rehearsals, coachings, and a lecture-presentation at the Eastman School of Music.  Concerts of her music will be performed by Eastman students and faculty artists, as well as ensemble.TWENTY.21 and the Greater Rochester Women’s Philharmonic.

Melinda Wagner was born in Philadelphia and received graduate degrees in Music Composition from the University of Chicago and the University of Pennsylvania. Her teachers included Richard Wernick, George Crumb, Shulamit Ran, and Jay Reise.

Wagner’s Concerto for Flute, Strings, and Percussion was awarded the 1999 Pulitzer Prize. The Chicago Symphony has commissioned three major works – Falling Angels(1992); a piano concerto, Extremity of Sky(2002) for Emanuel Ax; and a third orchestra work in 2006. Extremity of Sky has also been performed by Emanuel Ax with the National Symphony, the Toronto Symphony, the Kansas City Symphony, and the Staatskapelle Berlin.

Other commissions have come from the New York Philharmonic (a concerto for principal trombonist Joseph Alessi), from the Chamber Music Society of Lincoln Center, the Barlow, Fromm, and Koussevitzky Foundations, the American Brass Quintet, and from guitarist David Starobin. Ms. Wagner is the recipient of a Guggenheim Memorial Foundation Fellowship, an award from the American Academy of Arts and Letters, an honorary degree from Hamilton College, and a Distinguished Alumni Award from the University of Pennsylvania. Other performances have come from the Dallas Symphony, the American Composers Orchestra, the Women’s Philharmonic, the New York Pops, and the US Marine Band.

Melinda Wagner has taught at the University of Pennsylvania, Swarthmore College, Syracuse University, and Hunter College. She has lectured at many schools including Yale, Cornell, Juilliard, and Mannes. Ms. Wagner has served as Composer-in-Residence at the University of Texas (Austin) and at the Bravo! Vail Valley Music Festival. She lives in New Jersey with her husband, percussionist James Saporito, and their children.

For more details about Melinda Wagner, please visit her website at: