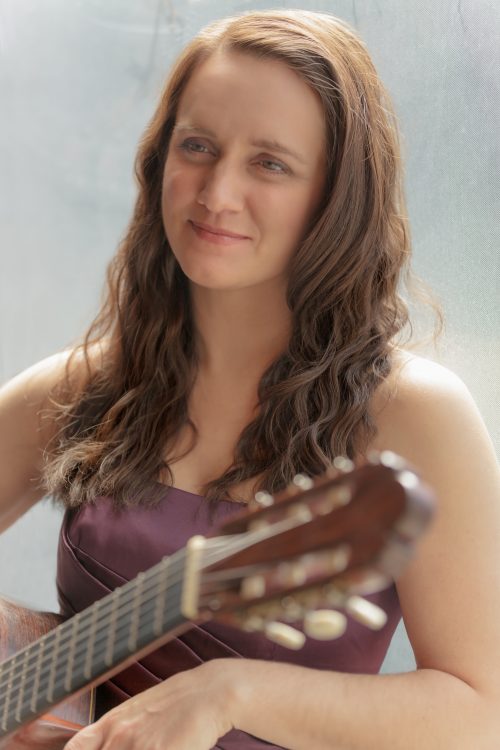 Dr. Lynn McGrath has performed, lectured, and adjudicated on four continents. Having taken part in international festivals that have included the Nikšić Festival (Montenegro), Silesian Guitar Autumn Festival (Poland), the Guitar on the Mediterranean Festival and The Volterra Project (Italy), as well as The Guitar Foundation of America Festival (US), she has toured in Canada, the UK, Peru, and New Zealand, where she performed on New Zealand National Public Radio in 2015.

Dr. McGrath has also presented at the University of Colorado Boulder, Victoria Conservatory of Music, Oberlin Conservatory, the University of Veracruz, and Mannes College as well as for prominent venues that include the Troy Savings Hall (NY), The National Hispanic Cultural Center (Albuquerque), and the Skirball Cultural Center (LA).  She has collaborated with larger groups as a soloist with the Orchestra of Northern New York, with the Albuquerque-based choir Quintessence, on Santa Fe Opera’s 2014 season, and is a member of the acclaimed Tantalus Guitar Quartet.

After receiving degrees in Spanish Language and Literature as well as Education, she completed a music degree with Douglas Rubio at the Crane School of Music, SUNY Potsdam (where she later taught as a full-time instructor) and earned a MM and DMA from the University of Southern California where she was a Teaching Assistant and multiple award recipient, studying with such luminaries as William Kanengiser, Pepe Romero, and James Smith.

Also active in administrative roles, Dr. McGrath has worked for the Guitar Foundation of America for ten years, having spent seven years as the Tour Director, and the last several years as the Director of Regional Symposia and the Artistic Director of the organization’s annual International Youth Competition. She is also the founder of a music management company, SoundTree Artists, LLC and is Artistic Director of Guitar New Mexico.

A highly sought-after private teacher, her students have been accepted by some of the best undergraduate and graduate schools in the nation, have placed in international competitions, and have been featured on NPR’s “From the Top”.