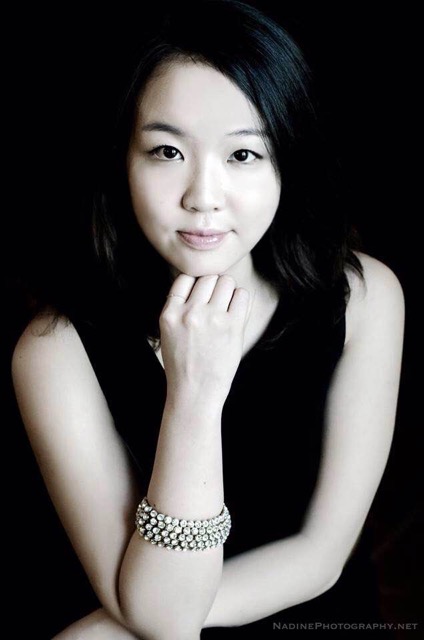 Soprano Joanna Hyunji Kim holds a Bachelor of Music at Ewha Woman’s University under the study of Professor Ji Hwa Shin where she graduated Magna Cum Laude and was on the Dean’s List numerous times. Under the study of Dr. Robert McIver, she recently earned a Master of Music with dual degrees in Voice Performance and Music Education at the Eastman School of Music. Ms. Kim has performed numerous concerts including two solo vocal recitals. She premiered Les Papillons by Debussy to celebrate the 150th birthday of this renowned composer. While at Eastman, Ms. Kim also participated in the opera The Bartered Bride by Smetana where she played an Available Women. This opera was under the artistic direction of Michael McConnell and musically directed by Benton Hess. She, also, was a finalist in the Friends of Eastman Opera Competition. She has performed and organized fundraising concerts in Binghamton, Buffalo, Ithaca, Rochester, and Syracuse for the New York Bible Conference. She also sang in numerous Master Classes by such famous performers and coaches as Barbara Hocher, Enza Ferrari, and Dawn Upshaw. Ms. Kim is currently pursuing a Doctor of Musical Arts degree in Voice Performance and Literature at Eastman under Dr. Jonathan Retzlaff, as a recipient of William McIver Graduate Scholarship. Ms. Kim not only holds a position as a teaching assistant in Secondary Voice/ Voice Class for non-vocal students but also teaches voice to all ages at Eastman Community School of Music.