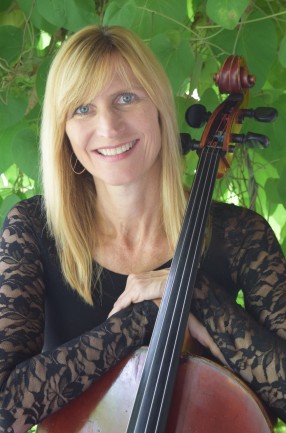 Cellist Joan Kinsella has established a reputation as both a teacher and a performer. Dedicated to a performing career focusing on a variety of genres, Ms. Kinsella appears regularly as a chamber musician and orchestral player in upstate New York. Recent performances include WXXI’s “Live from Hochstein” broadcast, SUNY Brockport Fine Art Series and shows with artists including Idina Menzel, Josh Groban, and Michael Bublé. She has performed with the national tours of numerous Broadway productions, including Newsies, Pippin, Kinky Boots, Lion King, Phantom of the Opera, and West Side Story. She routinely performs with the Rochester Philharmonic Orchestra, the Rochester Oratorio Society Orchestra, Rochester Lyric Opera and Geva Theatre Center. Ms. Kinsella has been a member of the Syracuse Symphony Orchestra, the Syracuse Camerata Chamber Orchestra, and ensemble.twenty.21.

Ms. Kinsella received her Bachelor of Music degree in cello performance from the University of Southern California Thornton School of Music and studied at Syracuse University in a graduate string fellowship program. Her teachers include Gabor Rejto, Eleonore Schoenfeld, and David Wells. She grew up outside of Boston and Chicago where she studied with Don Moline of the Chicago Symphony and was a member of the Chicago Civic Orchestra.

Prior to joining the Eastman Community Music School in 2016, Ms. Kinsella was a member of the cello and chamber music faculty at the Hochstein School of Music (Rochester, NY) for twenty-five years and held various administrative positions including Registrar and Dean of Students, Co-Chair of the String Department, and String Chamber Music Coordinator. Her dedication to students was recognized with the presentation of the Faculty Service Award in 2007. She has been active in collaborative efforts with Rochester area arts organizations to coordinate master classes, workshops, performances and community outreach for her students.

Within the Rochester community, Ms. Kinsella has served on the Rochester Philharmonic Board and the Hochstein School of Music Board. She has been an active advocate for improvements in urban education within the Rochester City School District over the past fifteen years as a member of school based planning teams, PTO officer, and classroom volunteer. She is currently serving on the Wilson Magnet High School Student Recruitment Team.