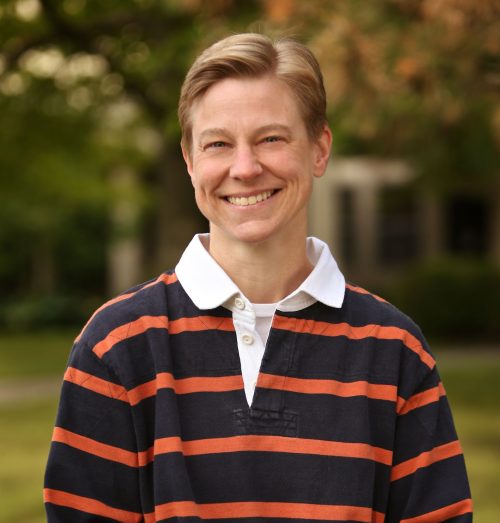 Originally from Bellingham, WA, Terry Fonda Smith received degrees in Oboe Performance from Western Washington University and the College-Conservatory of Music in Cincinnati, and her MM and DMA in Music Education from the Eastman School of Music. Dr. Smith is the Head of the Lower School at The Harley School, is the founder and director of the Bebop to Bach Family Concert Series, and is a co-director of the Rogue Music Education Conference. Prior to diving into administration, Terry was a member of the music faculty at The Harley School where she specialized in preschool, general, and instrumental music. She has served as a part-time assistant professor at Eastman in the Music Education department, and coordinated the Early Childhood Music Program through the Eastman Community Music School for seven years. Her interest in early childhood music has led her to present at MENC, ISME, IAJE, and CMA conferences. Terry plays principal oboe in the Penfield Symphony, plays with Ad Hoc Music and Cordancia, and teaches oboe at Hochstein and privately. She also served as the Music Explorer for Gibbs & Main’s Kidsemble concerts. She has two sons and two dogs who serve as excellent reminders of how vital creativity, flexibility, and improvisation are in all aspects of life.