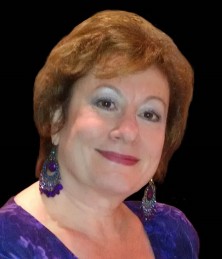 Soprano Teresa Ringholz lived in Europe for 20 years, sang over 45 roles in the operatic repertoire and performed at some of the most prestigious venues around the world such as the Munich Staatsoper, the Concert Gebouw, Teatro Liceo, Teatro San Carlo, Tel Aviv Performing Arts Center, the Kennedy Center and the Drottningholm and Salzburg Festivals. Her collaborations have been with the Vienna Philharmonic, the Gewandhaus Orchester, the BBC, the Israeli Philharmonic and conductors such as James Levine, Arnold Oestman, Peter Schreier, Sir John Pritchard and Stuart Bedford

In 1992 she premiered the role of the Wife in Alfred Schnittke’s first opera “Life with an Idiot” at the Netherlands Opera in Amsterdam with Mstislav Rostropovich conducting. This historic production was recorded by SONY. Her European televised broadcasts include the title role of Gluck’s “Alceste” and Alice Ford in Salieri’s “Falstaff” (both on NAXOS). Other recordings include Rossini’s “La Scala di Seta” (CLAVES), a series of American operetta excerpts with the Eastman Dryden Orchestra conducted by Donald Hunsberger (ARABESQUE) and “Love Songs” by Norman Dinerstein with pianist Robert Spillman on the Eastman American Series (ALBANY).

She has both her Bachelor and Master of Music Degrees in Vocal Performance from the Eastman School of Music as well as a Performer’s Certificate. She has taught privately for over 25 years and has given Master Classes in Mauritius, Bogotá, Amsterdam, Augsberg, Aachen, and Landshut. Her students have international careers, have won competitions, secured leads in productions and have been accepted to prestigious music conservatories.

From 2014  – 2016 she was Adjunct Professor of Voice at Syracuse University Department of Drama where she taught classical foundations and modern vocal techniques to Musical Theater majors.