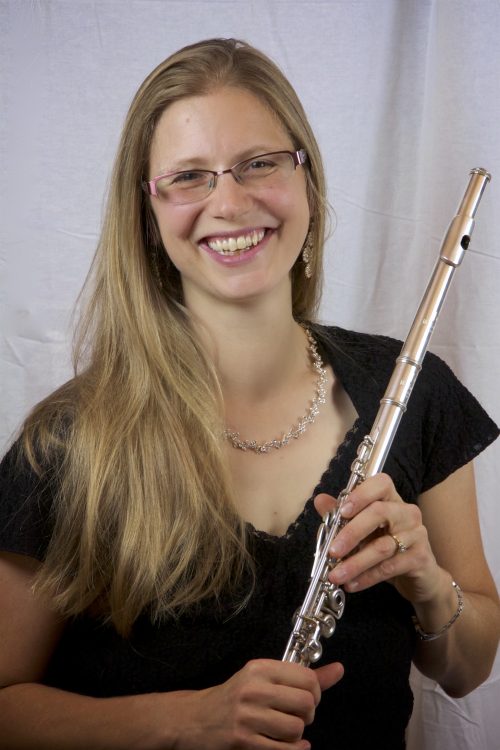 Sophia Gibbs Kim (flute, flute choir) has performed around the world as solo, chamber and orchestral flutist, most extensively under the auspices of the American Russian Young Artists Orchestra and Chamber Players. Highlights include a solo flute residency with the Novosibirsk Philharmonic in Russia (Siberia), as well as appearances for the Santa Fe Chamber Music Festival Society, the Bermuda Arts Festival, the White Nights Music Festival (St. Petersburg, Russia), and at Alice Tully Hall and Merkin Concert Hall in New York City, both the Great and Small Halls of the Moscow Conservatory, Mariinsky Theater (St. Petersburg), and Smetana Hall (Prague). She has also toured Japan and Taiwan as principal flute with the Eastman Wind Ensemble and was a prizewinner at the Coleman Chamber Ensemble Competition and the National Flute Association Masterclass Performer’s Competition. Sophia has been guest flutist/piccoloist with the Moscow Chamber Orchestra, the Rochester Philharmonic Orchestra, the Buffalo Philharmonic Orchestra, and the Erie Chamber Orchestra, among others. She has been a performer and lecturer for National Flute Association Conventions and the NYSMTA Conference.

A dedicated teacher, Sophia maintains a full studio as Senior Flute Instructor at the Eastman Community Music School, where she chairs the Woodwinds, Brass, and Percussion Department and directs the Krusenstjerna Scholarship Flute Choir.  She is faculty for the Eastman Summer Classical Studies Program and the Bonita Boyd International Flute Masterclass.  Previously, she was visiting artist faculty for the Novosibirsk (Russia) Conservatory and flute instructor at Houghton College, and was a founding director of the RFA/Hochstein Summer Flute Camp.  She has served as Board Member, Program Committee Chair, and Flute Choir Director for the Rochester Flute Association, for which she is a frequent contributor to the newsletter and the annual Flute Fair events.

Sophia was awarded the prestigious Performer’s Certificate from the Eastman School of Music during her graduate studies, earning both the M.M. and D.M.A. degrees as a flute student of Bonita Boyd.  She received her B.A. from the University of Wisconsin-Madison and also studied at the North Carolina School of the Arts.  Sophia and her husband Clay live in Rochester with their four children.