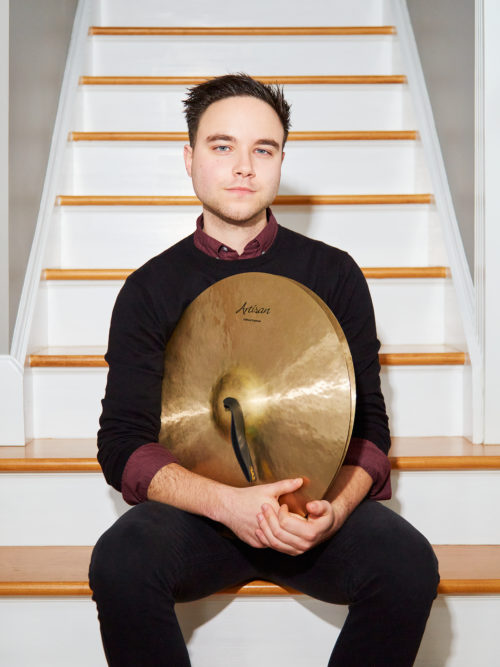 Kyle was recently a featured performer in Beijing, China at the National Centre for the Performing Arts for a sold out performance playing alongside Professor Michael Burritt.

At the Eastman Community Music School, Kyle runs a studio averaging 30 students each year. He is the director of three percussion ensembles, and coach of the New Horizons percussion section. He is the percussion instructor at the Summer Classical Studies at Eastman, and a featured artist for their Summer Percussion Program. Other education credits include teaching at undergraduate and graduate level at SUNY Potsdam and director of percussion at Crane Youth Music.

Kyle has been a featured clinician at both the NYSSMA conference and New York State Band Directors Association symposium and presented masterclasses at the Eastman School of Music and the Crane School of Music at SUNY Potsdam, and many schools in the Rochester area.

As a composer, Kyle has released a book of 18 Marimba Etudes titled Soundscapes: Concert Etudes for Marimba, which he uses as part of his curriculum at Eastman, and is used in conservatories and music preparatory schools around the US and worldwide. Other compositions have been premiered at the Brevard Summer Music Festival, SUNY Geneseo, SUNY Potsdam, and the Eastman School of Music.

Kyle is a Malletech/Sabian Performing Artist.