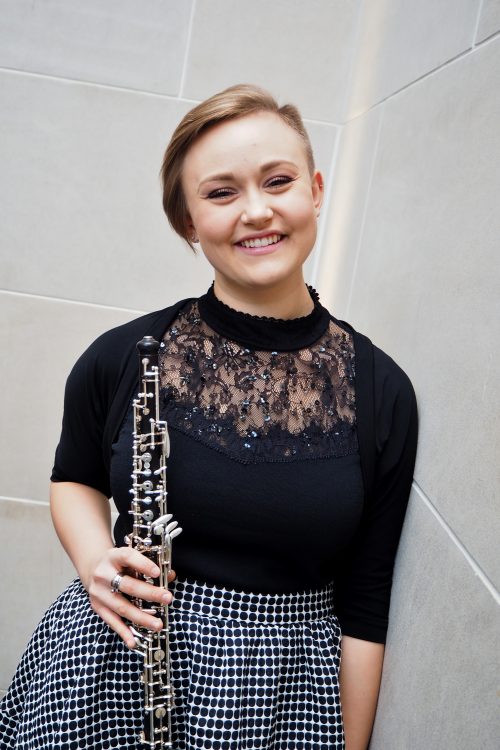 Kaila is a current senior at the Eastman School of Music double majoring in Oboe Performance and Music Education, with particular interest in Early Childhood Education and General Music. This past summer, she worked at the Harley School as the Creative Arts teacher and assistive aid within the Summer Nursery Program. Previously, she worked within the Universal Pre-K program in Webster. Kaila has advanced knowledge of American Sign Language and is currently working with the Rochester School for the Deaf to innovate ways to bridge the music and Deaf communities. Next fall, she hopes to complete part of her student teaching at RSD.

Along with being a teacher, Kaila is also an accomplished oboist. In the summer of 2017, she attended Sarasota Music Festival, where she studied chamber music for three weeks with musicians from all over the world. She has been a member of ensembles such as the National Youth Orchestra of the United States of America, Eastman Wind Ensemble, and Eastman Philharmonia, and has played in major concert halls such as Carnegie Hall, Lincoln Center, and Walt Disney Concert Hall.