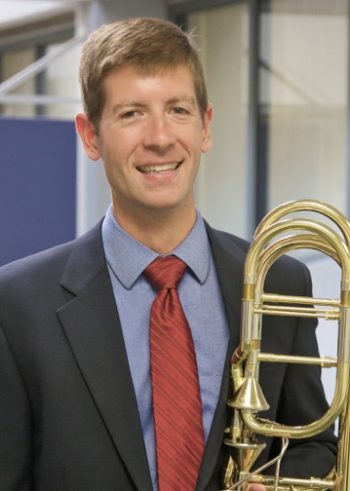 Jeffrey Gray joined the Rochester Philharmonic Orchestra in 2011 as bass trombonist.  He has previously held the same position with the Grant Park Orchestra of Chicago from 2003-2014, and the Syracuse Symphony Orchestra from 2000-2011.  Born and raised in Shelby, Ohio, Mr. Gray received a Bachelor of Music in Performance from Bowling Green State University.  He went on to pursue graduate study at The Juilliard School.  His teachers include Paul Hunt, Dennis Smith, Randy Hawes, Don Harwood, Joe Alessi and Blair Bollinger.

Mr. Gray has performed with the country’s top symphonic orchestras including those in Cleveland, Philadelphia, Pittsburgh, Detroit, Buffalo, Alabama and Toledo.  He can be heard on multiple recordings with many of those orchestras, as well as the Juilliard Wind Ensemble.  He was also a member of the National Repertory Orchestra in Breckenridge, Colorado.

In 2016, Mr. Gray made his critically acclaimed solo debut with the RPO, performing Eric Ewazen’s Concerto for Bass Trombone, with maestro Gunther Herbig.

Jeff and his wife Julie live with their three children in suburban Rochester.