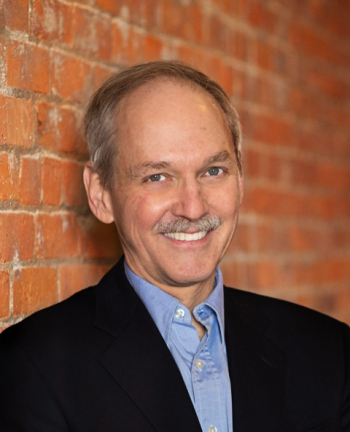 Howard Spindler is a Rochester NY native, and a graduate of the Eastman Preparatory Department. He earned the BA from Oberlin College, majoring in Music and German; he returned to Eastman and completed the MA degree in Musicology; then pursued postgraduate work at the Folkwang Hochschule in Essen, Germany, earning the Artist Diploma in Solo Piano and Accompanying. He returned to Rochester and joined the faculty of the Eastman Preparatory Department, later renamed Eastman Community Music School (ECMS). His piano teachers include Paul Badura-Skoda, Cecile Genhart, and Maria Luisa Faini; he studied chamber music with John Celentano.

Spindler’s performing career has been diverse; he is active as a chamber musician and accompanist. His teaching career at Eastman has included piano teaching, chamber music coaching, and classroom teaching, both in the Community School and Collegiate Division. The Rochester Alumni Chapter of Mu Phi Epsilon honored Spindler as Musician of the Year in 2011. He was awarded the Jack L. Frank Award for outstanding teaching at ECMS. He also served as Interim Director of ECMS for 2½ years (2000-2003); in 2016-17, he has been tapped once more to serve as Interim Associate Dean of ECMS.

As Piano Department chairman, Spindler oversaw a revision of the Piano Syllabus, leading an initiative to include improvisation and ear-playing in the curriculum. In connection with that initiative, he led ECMS faculty colleagues in a recording project, producing Eastman Folk Sing (2006), a CD folk song resource for the school and community.

Howard has a special interest in the study of rhythmic movement: he was fortunate to study Dalcroze Eurythmics at Oberlin Conservatory with the eminent Inda Howland, who herself had been a disciple of Emile Jaques-Dalcroze in Switzerland. He has continued to study Dalcroze teaching techniques, earning Advanced Certification from the Institute for Jacques-Dalcroze Education in Bethlehem, PA. He teaches Dalcroze classes at ECMS, he is active as a guest clinician in the collegiate division of Eastman, and he is also a frequent guest teacher at the Hochstein School in Rochester.