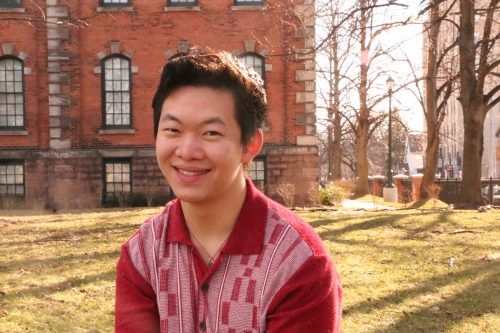 Henry Dean is a senior at the Eastman School of Music pursuing a BM in Vocal Music Education. Henry grew up in Cary, North Carolina before coming to Rochester to pursue his studies. At Eastman, Henry is the president of both the Eastman Programming and Involvement Council (EPIC) and the Mu Upsilon chapter of Mu Phi Epsilon – one of Eastman’s two professional music fraternities. He also serves as the Treasurer of Eastman’s National Association for Music Educators (NAfME) collegiate chapter.

As a tenor, Henry performs regularly with the Eastman Chorale and Collegium – Eastman’s Baroque ensemble. Over summers he has attended and sang in several art song recitals at Si parla, si canta in Urbania, Italy, and Rider University’s Vienna: Language of Lieder in Vienna, Austria.

Henry has previously volunteered with ECMS’ Early Childhood Music Program and is excited to join the faculty of the “Theory in Motion” program.