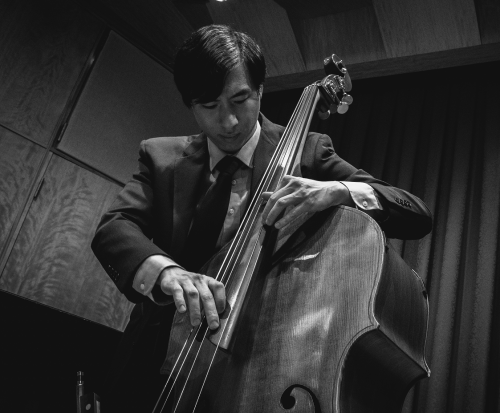 Eugene Bisdikian is a freelance bassist, audio engineer, and music educator based in Rochester, New York. He is currently pursuing a Master’s of Music in Music Education at the Eastman School of Music.

Eugene has been performing on both upright and electric bass in a wide variety of genres since 2009. He regularly performs with jazz, rock, funk, and pop groups in both Rochester and the New York metropolitan area. He has toured in and the Eastern United States and Montreal. He studied with Jeff Campbell during his time at Eastman, and has also studied under Harvie S, Chris Anderson, Michael Goetz, Bill O’Connell, Charlie Lagond, and many others. Eugene graduated from Eastman in 2017 with a Bachelor of Music in jazz performance.

Since 2012, Eugene has worked as a music instructor in both private and classroom settings. He teaches both upright and electric bass to students of all ages. He has worked with students expressing interest in studying a wide variety of genres, ranging from jazz and classical to rock, funk, and other contemporary styles. During the summers Eugene also teaches at Lagond Music School in Elmsford, NY, a school that teaches all aspects of contemporary music. There he teaches ensembles, groove & rhythm, improvisation, theory, and private lessons to both middle school students seeking a deeper musical education as well as high school students looking to apply to college music programs.