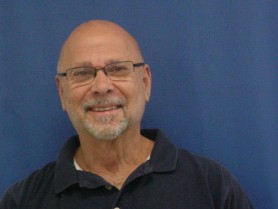 Born in Rochester, Don began his study in percussion with John Beck through the Eastman Preparatory Department from 1959-65. He became the first principal percussionist for the Duluth Symphony Orchestra at age 19, while attending the University of Wisconsin in Superior, majoring in Music Education.

Soon after earning his Bachelor of Music degree, Don was drafted into the US Army in 1971 and served as a bandsman, jazz band leader, lead percussionist and concert announcer with the 1st Infantry Division Band.

After he earned a meritorious citation and honorable discharge, Don continued graduate studies in Music Education at SUNY Fredonia, when he earned his Permanent Teaching Certificate from New York State. He taught percussion privately at his home studio and part-time as a percussion specialist in the Brighton Central School District. He played professionally in the Rochester area since 1975 as a drummer, percussionist, vocalist and band leader.

In 1988, Don joined the Rochester City School District as a music teacher/band director and retired in 2010. He was a lead teacher and mentor for new music teachers in the RCSD and has worked with students from 4th grade to 12th grade, on all band instruments. He has conducted numerous band concerts at all grade levels.

Don joined the New Horizons program as a co-band director for Green Band in 2014 and began directing Vintage Jazz Band in 2016.

Aside from his joy for music, Don is interested in physical exercise, crossword puzzles, home improvement, cooking, gardening and travel.