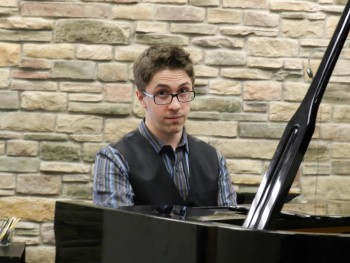 In addition to his studies in composition, Daniel has studied piano performance under classical/jazz pianist Tony Caramia at Eastman as well as Matthew Robey of ECMS. He is also an active instructor of music theory and composition at the Eastman Community Music School and was recently admitted to study for a Masters in Music Theory Pedagogy at Eastman (grad. 2020). As part of his admission, Daniel has received the ESM Graduate Award.

Daniel has been teaching music theory and composition lessons at the Eastman Community Music School since Fall 2013 where he previously studied composition, piano, violin and music theory. He received his Pre-Collegiate Diploma in Musical Studies from ECMS in 2013.