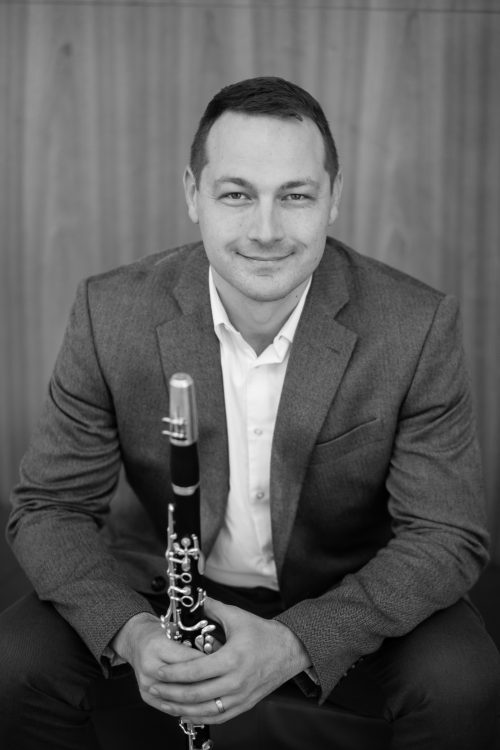 Clarinetist Andrew Brown maintains an active studio as Instructor of Clarinet at the Eastman Community Music School. The studio is made up of a large range of age and ability-levels including beginning grade-school students, advanced high-school students and adults who wish to learn for the first time or return after a long hiatus. His students regularly perform in local and statewide honor groups, including those hosted by MCSMA All-County and NYSSMA Conference All-State and Area All-State and the Rochester Philharmonic Youth Orchestra. Additionally, students have participated in the MMEA All-Eastern Seaboard and NAfME All-National Honor Bands. His students have received top honors in competitions hosted by The Rochester Philharmonic, The Hochstein Youth Symphony Orchestra and the International Clarinet Association. As a performing musician, Andrew currently serves as Third/Bass Clarinetist with the Rochester Philharmonic Orchestra. He also regularly performs with the Buffalo Philharmonic and New Mexico Symphony Orchestras and has appeared with the Toronto Symphony Orchestra and the Baton Rouge Symphony Orchestra.

Andrew has performed chamber music around Upstate New York and in New Mexico’s “Church of Beethoven”. As a member of The Eastman Broadband Ensemble, a new music ensemble based at Eastman, he has toured Europe and Mexico, participated in two recording projects, one of which was a Pulitzer-Prize Finalist. He has also performed at New York’s Frick Gallery and in Zankel Recital Hall at Carnegie Hall.

Andrew earned his bachelor’s of Music Degree from The Ohio State University and master’s Degree from the Eastman School of Music. He spent four summers at the Aspen Music Festival including.  His principal teachers have been Bob Lehner, James Pyne, and Kenneth Grant.