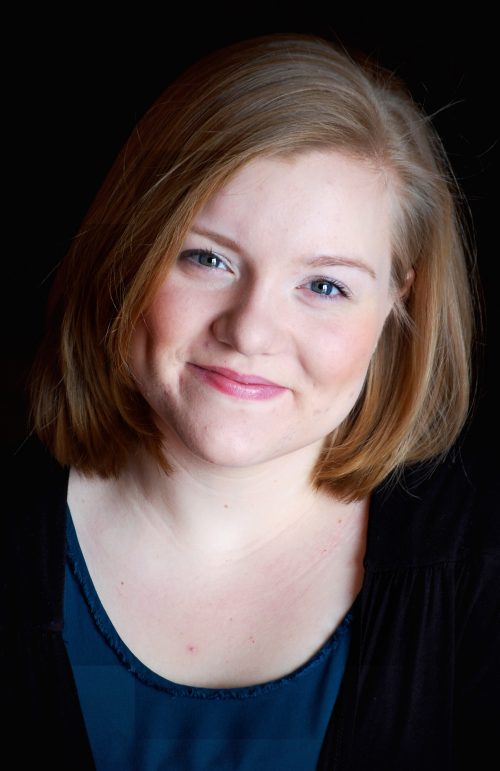 pursuing a master’s degree in Voice Performance and Literature at the Eastman School of Music. No stranger to Eastman, Andrea received Bachelor of Music degrees in Voice Performance and Music Education in 2015. She has taught on the faculties of Hobart and William Smith Colleges, Webster Central Schools, and the Rochester Academy of Music and Arts, and has served on Eastman’s support staff as the Choral Assistant in the Ensembles Library since 2017.

An advocate for all collaborative forms of music making, Andrea is a dedicated teacher and performer. She frequently sings with Rochester-based choirs Voices, First Inversion, and Musica Spei, and has been a featured soloist with the Rochester Philharmonic Orchestra, Eastman Repertory Singers, and Lake Placid Sinfonietta. Recent singing highlights include Handel’s Messiah with the Buffalo Philharmonic Orchestra and Chorus, Bach’s St. John Passion, Mass in B Minor, and St. Matthew Passion with Voices, and a staged performance of Robert Schumann’s Frauenliebe und -leben at the Rochester Fringe Festival. Andrea will return to the Kodak Hall stage as Mrs. Lovett in Eastman Opera Theatre’s upcoming production of Sweeney Todd.

Andrea is excited to join the dynamic team at the Eastman Community Music School and looks forward to teaching “Theory in Motion!”