Andrea Folan has had a busy career, both as a performer and as a vocal pedagogue with over 30 years of teaching, much of it at the college level.  She has performed primarily as a solo recitalist and chamber musician.  She is a specialist in the performance of German Lieder, and has appeared in recitals regularly both in the U.S. and abroad with acclaimed fortepianists, including Malcolm Bilson and Kristian Bezuidenhout, in festivals and on recital series, including the Festival Flanders in Brugge, Belgium, festivals in the Netherlands, at the Bard Festival, in Alice Tully Hall at Lincoln Center in New York City, and at Jordan Hall in Boston.  Andrea has recorded several CDs featuring German Lieder by Zelter, Mendelssohn, and Haydn.  Her recordings can be found on iTunes, Spotify, Amazon Prime Music, YouTube (CLICK to listen), or purchased at MusicaOmina.org (https://www.musicaomnia.org/?s=andrea+folan). 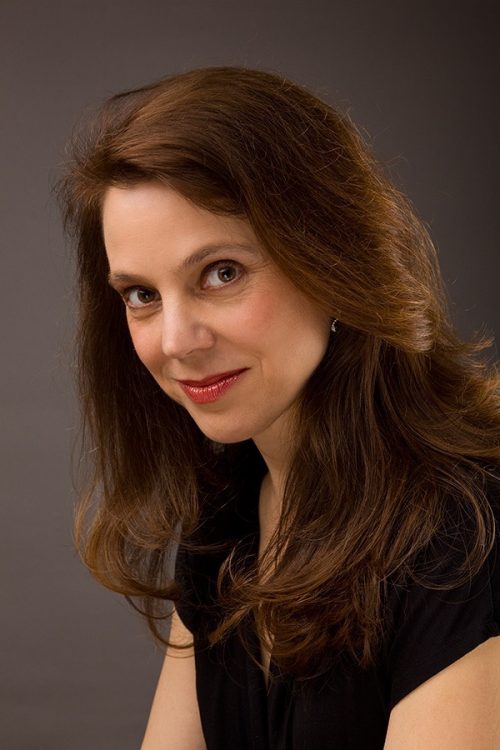 In addition to being a Voice Instructor at Eastman Community Music School, Andrea has been on the voice faculty of the Eastman’s Summer Classical Studies for the last 4 years, and has been on the voice faculty at Nazareth College in Rochester, NY, since 2004, previously being a voice instructor at Cornell and Syracuse Universities. At Nazareth, in addition to teaching applied voice lessons, she also teaches undergraduate and graduate Vocal Pedagogy and Diction (French and German ) classes. She recently taught vocal workshops at the Shandong Normal University in Jinan, China.

Ms. Folan graduated with a Bachelor of Music Degree in Vocal Performance from Oberlin Conservatory, and a Bachelor of Arts Degree in German Literature from Oberlin College.  She has her Master’s Degree in Vocal Performance from Syracuse University. She has a specialization in voice science, having earned her Certificate in Vocology with Ingo Titze, through the University of Iowa’s program, and she completed all the course work and some clinical work towards a Master’s in Speech Language Pathology at Nazareth College.

As a chamber musician, Andrea has interpreted works from Hildegard von Bingen’s chants to English lute songs, medieval plays to Handel arias and Bach cantatas.  She has performed as soloist with orchestras in performances of repertoire from Mozart’s concert arias to Handel’s Messiah and Haydn Oratorios, Bach’s passions, as well as the Mass in B Minor with original instrument orchestras, to Brahms’ Requiem and Orf’s Carmina Burana, to name but a few.  The ensembles with which she has appeared include Publick Musick, the Folger Consort, NYS Baroque, Apollo’s Fire, and the Mannes Camerata, and regional orchestras including the Harrisburg, Syracuse, Lancaster, and Erie Philharmonics, and with the Rochester Oratorio Society.  She made her Lincoln Center debut as a featured soloist with the American Symphony Orchestra in a rarely performed Haydn oratorio Il ritorno di Tobias and got a glowing review in the New York Times. Andrea also starred as Baby Doe in the Ballad of Baby Doe with the Lancaster Opera Company, Gretel in Hansel and Gretel with the Ithaca Opera Company, and as Nanetta in Falstaff, Adele in Die Fledermaus, and Gretel with the Oberlin Opera Theater. She has sung the roles of Belinda in Purcell’s Dido and Aeneas, Bastienne in Mozart’s Bastian und Bastienne, Silberklang and Herz in Mozart’s Der Schauspieldirektor, Lieschen in Bach’s Coffee Cantata, Galatea in Handel’s Acis and Galatea, to name some of her dramatic activities as a “early music” specialist. Many productions included baroque dance, a skill set that greatly informs Andrea’s coaching of this repertoire.