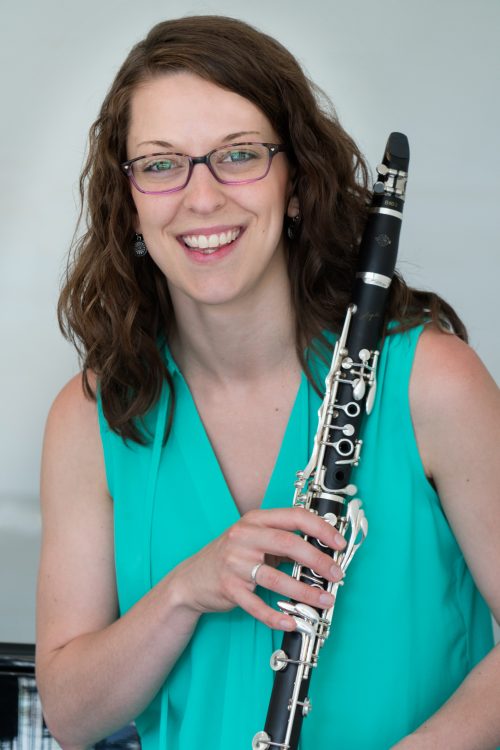 Emily Dobmeier is a clarinetist and educator, currently serving as Principal Clarinetist of the Orchestra of the Southern Finger Lakes and on faculty at the Eastman Community Music School in Rochester, NY. She has appeared as a featured artist and presenter at Ithaca College, Wichita State University, and the University of Nebraska Lincoln, as well as a soloist with the Orchestra of the Southern Finger Lakes and in Blue Lake Fine Arts Camp’s Summer Music Series. She regularly performs in pit orchestras and ensembles in the Western and Central New York regions, including recent performances with the Broadway Tour of My Fair Lady.

While in Rochester, she has taught collegiate students through the Eastman School of Music and University of Rochester, adult learners through New Horizons, as well as elementary, middle, and high school students in private instruction and engagement at area schools. Her students have been members of local and statewide honor groups, including All-County festivals, the NYSSMA All-State conference, and the Rochester Philharmonic Youth Orchestra. In addition to her teaching and performing career, Emily combines her love for music and the outdoors as the Camp and Festival Director at Luzerne Music Center, a summer music camp and concert series in the Adirondack Mountains.