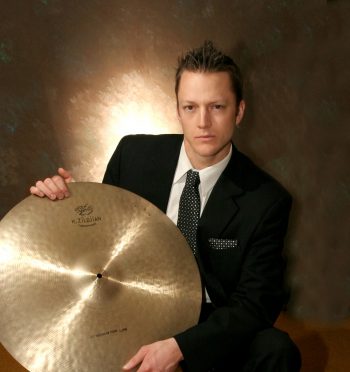 Drummer, Chase Ellison, originally hailing from Albuquerque, New Mexico now calls Rochester, New York home as he pursues a Doctorate of Musical Arts with an emphasis in performance and literature in the Jazz Studies & Contemporary Media Department at the Eastman School of Music.  Additionally, Chase is a graduate teaching assistant with various roles and responsibilities within the Jazz & Contemporary Media Department including teaching individual studio lessons.  Prior to his studies at the Eastman School of Music, Chase earned a Bachelor’s Degree in Music Education at the University of New Mexico graduating and Master’s of Music from the Eastman School of Music, and also spent time cutting his teeth in the city of Detroit with its rich legacy of world-renown jazz artists.

Along with having the fortunate opportunity to have been mentored by some of the greats in the music, Chase has also been afforded numerous opportunities to share the stage with world class jazz musicians in a smaller group setting at venues in music festivals and jazz clubs throughout the country. Among the artists he has been honored to perform and/or record with include – legendary father of Vocalese and 8 time Grammy Award Winner/NEA Jazz Master Jon Hendricks, trumpeter Bobby Shew, tenor saxophonist Doug Lawrence, vocalist Tommy Gearhart, legendary gospel artist Rance Allen, and many other notables in the big band & orchestra settings too, such as NEA Jazz Master composer/pianist/arranger/bandleader Toshiko Akiyoshi, and tenor saxophonist Lew Tabackin.  Furthermore, Chase seeks balance between his performing and recording schedule in order to focus on providing educational opportunities for those in the community via masterclasses at local universities, public schools, and private lessons.  With a deep respect for the tradition of the music by humbly paying tribute at each performance opportunity, Chase strives to become a professor at the college level in order to give back and pass the torch to the next generation of jazz musicians.