Founded in 1941 by Emory Remington, the Eastman Trombone Choir is highly regarded around the world as one of the best ensembles of its kind. Currently, Professors Kellogg and Zalkind serve as co-directors.

Emory Remington, professor of trombone for nearly fifty years at the Eastman School, established the concept of the present day Trombone Choir as a pedagogical extension of the private trombone class to include a musical ensemble experience. This concept has been imitated throughout most colleges and universities in the United States and abroad. Remington’s successor, Professor Donald Knaub, directed the Choir from 1972 to 1977, and expanded the scope of the Choir to include more contemporary music and concert activities. Professor John R. Marcellus, who directed the ensemble from 1978 to 2014, continued this tradition as the Choir went on its first tour of Germany and Holland in 2000, performing at the International Trombone Festival in Utrecht. The Choir also appeared at the International Trombone Festivals in Nashville in 1979 and 1987. In 2001, the Choir was the winner of the International Trombone Association Emory Remington Trombone Choir Competition.

The Choir has performed annually since 1989 at the Frühling Posaunen Festival in collaboration with the Trombone Studios at Ithaca College and Penn State University. Other local concerts and performances have been with the Rochester Philharmonic Orchestra, Rochester Oratorio Society, Hochstein School of Music, and churches throughout the Rochester area. For many years the choir was a feature of the Rochester Bach Festival. The Choir has also recorded for Mark Records, Stolat Records, and for Williams Music. 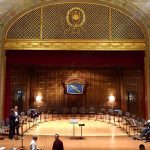 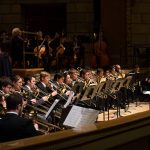 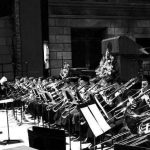 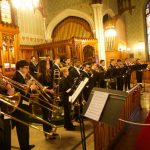 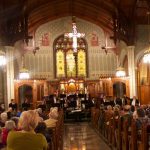 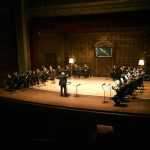 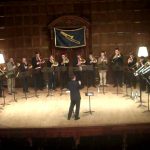 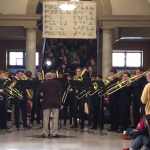 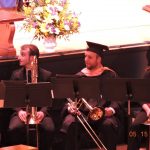 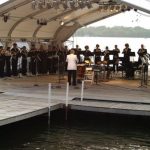 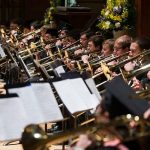 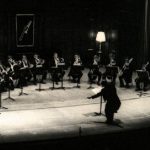 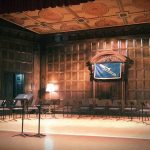 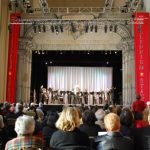 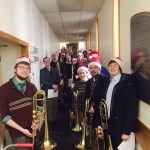 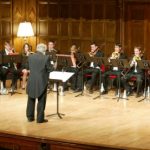 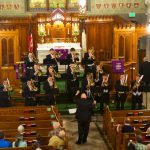 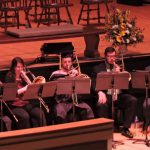