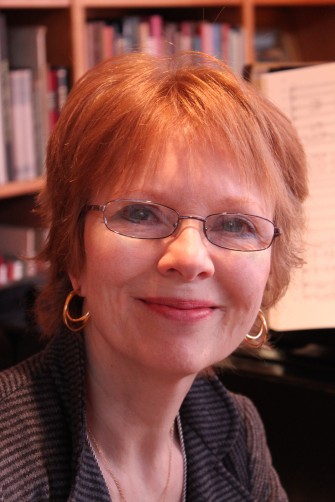 The Prismatic Debussy, a festival in honor of Claude Debussy’s birth 150 years ago, celebrates his innovative and multifaceted œuvre.  In concerts, lectures, and master classes presented over three weeks, we explore a wide range of repertoire, including beloved masterpieces, such as the orchestral Nocturnes, later compositions that are not frequently performed, such as Le Martyre de saint Sébastien, and works that secured Debussy’s reputation for posterity, namely Pelléas et Mélisande, as well as early songs that have just been discovered and reconstructed.  In addition, we will have the special opportunity to hear newly composed works that are inspired by Debussy.  In each facet of the festival, our focus will shift to different spectral colors within our prismatic view—from extravagant works for large ensembles to intimate chamber music to pieces based on text, including opera and mélodies.

Taking our cue from Debussy’s notorious rants against the rigid and stale academic traditions of the Paris Conservatoire, we aim to present his works in fresh and imaginative ways.  On 13 October, Marie Rolf vividly sets the stage for the compositions performed on the opening Gala Concert with lavish video projections, fascinating anecdotes, and excerpts from Debussy’s own writings.  Musica Nova offers The Debussy Project on 17 October, presenting new works by Eastman composers, inspired by Debussy’s piano prelude, “Des pas sur la neige.”  The PRISM concert on 20 October features transcriptions of Debussy’s works, including his own arrangement of “Minstrels” for violin and piano, the manuscript of which is housed in the Sibley Music Library of the Eastman School of Music.  Artist P. Craig Russell’s illustrations of Pelléas et Mélisande will be projected on 26 October, accompanied by Matthew Brown and Dariusz Terefenko’s original arrangement for an eclectic chamber ensemble, and the day before, on 25 October, P. Craig Russell will be interviewed about his work by guest scholars David Grayson (Minnesota) and Emil Homerin (Rochester).  Last but not least, on 27 October, we link via Internet2 with the Royal College of Music in London for the premieres of five newly reconstructed early songs—”L’Archet,” “Le Matelot qui tombe à l’eau,” “Romance,” “Les Elfes,” and “Séguidille”—as well as a work for women’s chorus and soprano solo, “Chanson des brises.”  Paris-based soprano Elizabeth Calleo will be joined by vocal students and faculty from the Eastman School of Music and the Royal College of Music to perform these works, and scholars Denis Herlin (Paris), Mylène Dubiau-Feuillerac (Toulouse), Richard Langham Smith (London), Marie Rolf (Rochester), and Jonathan Dunsby (Rochester) offer insights into the music and its contexts.

Throughout the three-week festival, educational opportunities abound—from courses offered at Eastman for undergraduates, graduate students, and adult learners to interdisciplinary master classes to Debussy-focused studio recitals to outreach programs in the community.  A special exhibit at the Sibley Music Library, organized by David Peter Coppen, will feature Debussy’s manuscripts of La Mer and his arrangement of “Minstrels” for the violinist, Arthur Hartmann, among other treasures.

We hope that you enjoy the kaleidoscopic events offered in The Prismatic Debussy and the dazzling music of this endlessly fascinating composer.  And, in the course of these three weeks, we are delighted to share with you the full spectrum of artistry and scholarship of the students and faculty at the University of Rochester’s Eastman School of Music.