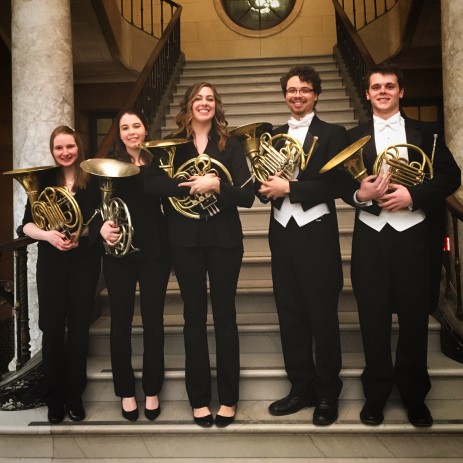 Till Eulenspiegel, written in 1894-95 by Richard Strauss, is a tone poem depicting the misadventures and pranks of this German folk character. Till, who is represented by two themes first appears in the form of the principal horn (graduate student Tyler Taylor) during the famous call near the beginning, and later by the D clarinet. He is a trickster and roving rebel-rouser who is hanged at the end of the work in punishment for his crimes. The piece concludes however, with an echo of the opening material in the strings and woodwinds suggesting a immortality to the spirit of the this tricky vagrant. Sunday’s program also included Ludwig V. Beethoven’s Leonore Overture No. 3, and William Walton’s Concerto for Viola and Orchestra, performed by Eastman student Halam Kim.