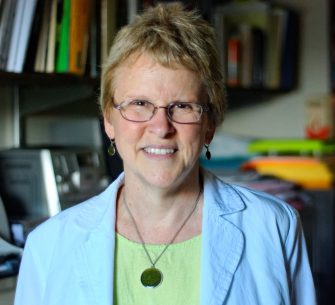 Christina Balsam Curren, a native of California, received her Bachelor of Arts degree in music from the University of California at Davis.  She continued her studies in piano chamber music, vocal accompanying, opera coaching, German diction, early music performance practice, and voice at the Hochschule für Musik und darstellende Kunst “Mozarteum” in Salzburg, Austria, where she also taught for one year in the Opera School. This was followed by a seven-year engagement as repertory coach at the Niedersächsische Staatsoper in Hannover, Germany.

Professor Curren’s extensive freelance coaching, vocal and instrumental accompanying, and accompanying for diverse choral groups, opera workshops, and voice studios have spanned four decades and two continents.  She has performed in various capacities and given classes in Germany, Austria, Belgium, Italy, France, Spain, Portugal, Poland, England, and the United States.  Since 1989 Curren has taught at the Eastman School of Music, where she is Assistant Professor of German Lyric Diction and a vocal coach, and also teaches German language courses.  Her special area of interest, and the main focus of her work with students, is the relationship of expressive language to communicative singing.