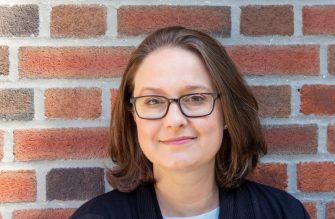 Marlowe has presented her research at regional, national, and international conferences. In 2013, she received the Patricia Carpenter Emerging Scholar Award for her work developing Schenkerian voice-leading paradigms in fugue expositions. This work was later published in Theory and Practice (2014). Two additional studies on Schenkerian analysis of Bach fugues will appear in the Journal of Music Theory Pedagogy (2019) and Music Theory Online (in press; 2020). Recent publications on pedagogy appear in the Journal of Music Theory Pedagogy (2016), The Norton Guide to Teaching Music Theory (2018), and BACH: Journal of the Riemenschneider Bach Institute (2018).

Marlowe is a recipient of the NYU Steinhardt Teaching Excellence Award (2018), the University of Rochester’s Edward Peck Curtis Award for Excellence and Teaching by a Graduate Student (2010), and the Eastman School of Music’s Teaching Assistant Prize (2008). She served as a board member of the Music Theory Society of New York State (2013–2017) and was co-editor of Theory and Practice (2016–2019). She is currently associate editor of the Society for Music Theory Newsletter. Prior to joining the Eastman faculty, she was Assistant Professor of Music Theory at New York University, Steinhardt School of Culture, Education, and Human Development.