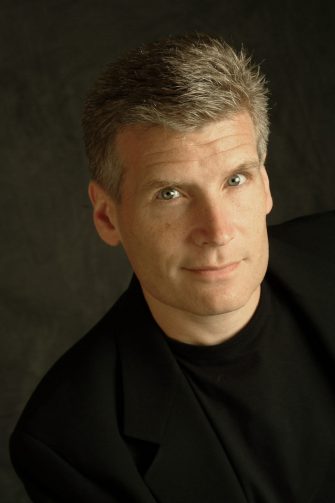 Having performed on four continents and more than forty states, Michael Burritt is one of his generation’s leading percussionists. He is in frequent demand, performing concert tours and master classes throughout the United States, Europe, Asia, Australia and Canada. Mr. Burritt has been soloist with the United States Air Force Band, Dallas Wind Symphony, Omaha Symphony, Chautauqua Symphony Orchestra, Richmond Symphony Orchestra, Nexus, Third Coast Percussion, Ju Percussion Group (Taiwan), Percussion Art Quartet (Germany) and the Amores Percussion Group (Spain). Mr. Burritt has three solo as well as numerous chamber recordings. In 2018 he recorded his Home Trilogy with the world-renowned percussion group Nexus, and is soon to release a new recording of solo and chamber works by Alejandro Viñao with the Grammy Award-winning Third Coast Percussion. In 2006 he recorded the Joseph Schwantner Percussion Concerto with the Calgary Wind Ensemble on the Albany label.

He has been a featured artist at nine Percussive Arts Society International Conventions. In 1992 he presented his New York solo debut in Weill Hall at Carnegie Hall and in 1998 performed his London debut in the Purcell Room at Queen Elizabeth Hall. Mr. Burritt has extensive chamber and orchestral experience and has performed with the Chicago Chamber Musicians, The Chicago Symphony, Nexus, Third Coast Percussion and the The Peninsula Music Festival Orchestra.

Mr. Burritt is also active as a composer, with three concertos to his credit as well as numerous solo and chamber works for marimba and percussion. His works for solo marimba have become standard repertoire for the instrument, and are frequently required repertoire on international competitions. Commissions include The World Marimba Competition in Stuttgart Germany, The Paris International Marimba Competition, Nexus and the Paris Percussion Group. Mr. Burritt is published with Keyboard Percussion Publications, C. Alan, Masters Music, and Innovative Percussion. Burritt is also an artist/clinician and product design/consultant for Malletech, where he has developed his own line of marimba mallets and the MJB Signature Marimba. He is an artist/educational clinician with the Zildjian Company, Evans Drum Heads, and Yamaha Drums. Mr. Burritt is the President Elect of Percussive Arts Society, was a member of the Board of Directors from 1996 to2008, a contributing editor for Percussive Notes magazine from 1991 to 2006 and was chairman of the PAS Keyboard Committee from 2004 to 2010.

Michael Burritt is currently Professor of Percussion and chair of the Winds, Brass, and Percussion department at the Eastman School of Music. He is only the third person in the history of the school to hold this position. Prior to his appointment at Eastman, Mr. Burritt was Professor of Percussion at Northwestern University from 1995 to 2008, where he developed a program of international distinction. Mr. Burritt received his Bachelor (’84) and Master of Music (’86) Degrees, as well as the prestigious Performers Certificate, from the Eastman School of Music.