1961: The Eastman Philharmonia on tour

Sixty years ago this week, the members of the Eastman Philharmonia were continuing their landmark tour of Europe and the Middle East with a five-day sojourn on the island of Cyprus. Long the object of territorial disputes between Greece and Turkey, Cyprus – third largest island in the Mediterranean Sea, after Sicily and Sardinia – had been leased to the British Empire in 1914; had become a British crown colony in 1925; and then had gained independence as a republic in 1960 and has been since 1961 a member of the British Commonwealth. Significantly, the Eastman Philharmonia was the first American orchestra ever to perform on the island.

The 87 Philharmonia members and their chaperones flew from Athens to Nicosia, capital of the Republic of Cyprus, on December 21st. The orchestra played concerts on December 22nd and 23rd, and thereafter enjoyed two full days of leisure for sight-seeing and Christmas festivities. The five-day sojourn on Cyprus afforded the orchestra members an opportunity to enjoy warm, balmy weather, contrasting with the cold winter weather that had greeted them on their arrival in Europe. (Still colder weather awaited them in Eastern Europe in the weeks ahead.) During their free time away from the responsibilities of rehearsal and performance, the orchestra members enjoyed activities in town and in the countryside. Many took advantage of the warm weather to rent bicycles for cycling excursions out into the country.

This photograph was taken on December 22nd at the post-concert reception hosted by U.S. Ambassador Fraser Wilkins and his wife. Several Philharmonia members are in the foreground; visible in back (and apparently leaning forward beneath the boughs of the Christmas tree) is Dr. Hanson. Immediately in front of Hanson’s left shoulder is Mr. Robert Sattler, Eastman School Concert Manager (served 1958-68), who was the business manager for the Philharmonia tour. Mr. Sattler is engaged in conversation with Archbishop Makarios, President of the Republic of Cyprus. Makarios III (lived 1913-1977) was both a clergyman and a politician who served as the first President of the Republic of Cyprus (in office 1960-74). The President and his Vice-President had been in attendance at the Eastman Philharmonia concert that evening. Earlier that day, the President had granted an audience to the two conductors, Dr. Hanson and Dr. Fennell, and their wives at the Presidential palace in Nicosia.

During their stay the Philharmonia members had more or less full run of the Hotel Ledra where they had been booked, and where several Christmas parties had been planned. On the first evening, several members of the orchestra got together to play Christmas carols on recorders in the hotel corridors. The Philharmonia concert on December 23rd acknowledged the Christmas holiday with an encore of Christmas songs arranged by Leroy Anderson. On December 24th the orchestra members enjoyed an extensive tour of historic sites on the island; in the evening they relaxed and celebrated at a Christmas party that lasted into the early hours of morning. The Christmas Eve festivities were begun by listening to the Eastman School’s Christmas Sing of the previous week, a tape recording of which had just been brought over to Cyprus by the newly arrived Mrs. Frederick (Dorothy) Fennell. Even in a distant land on the other side of the globe, Eastman students observed their school’s tradition of the Christmas Sing (today called the Holiday Sing). One member of the orchestra, bassoonist Richard Rodean, BM ’62 MM ’64, recorded in his travel journal his having attended a Christmas Day service at a local Church of England parish, where the liturgy included prayers for the well-being of both Queen Elizabeth and President Kennedy. Altogether, it was no doubt the lush and varied local color of Cyprus that must have given the Philharmonia members their most lasting impressions. As Mr. Rodean wrote in his journal on Christmas night, it had been a very different experience to spend Christmas in a land of palms and bazaars. 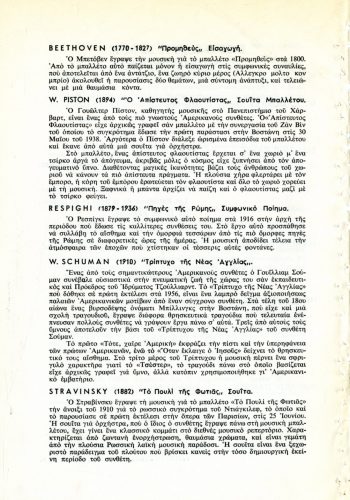 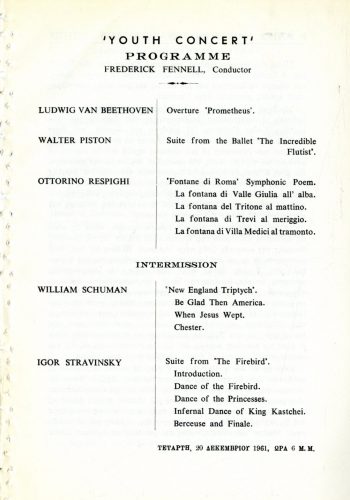 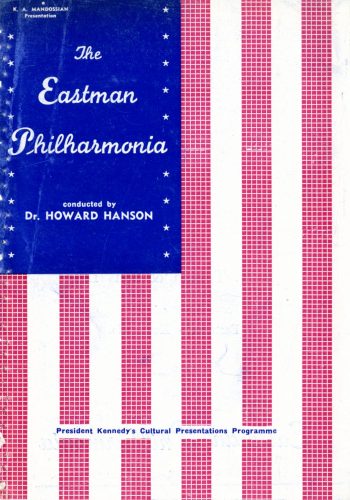 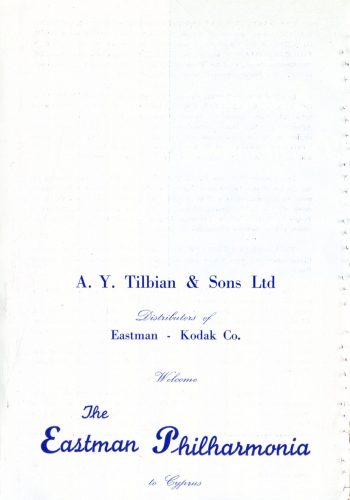 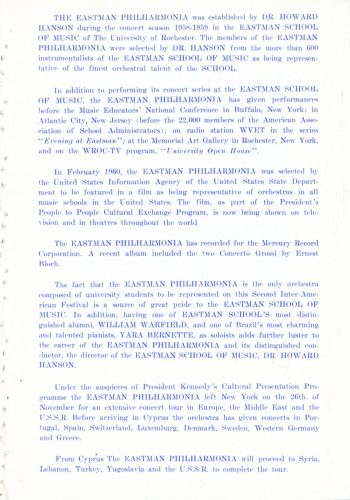 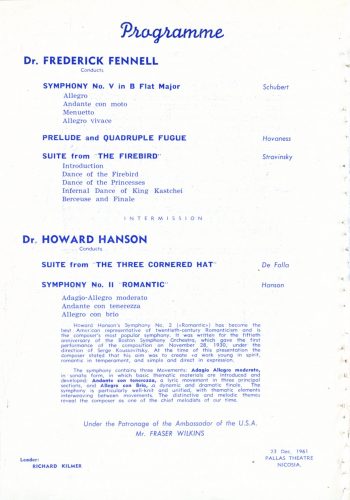 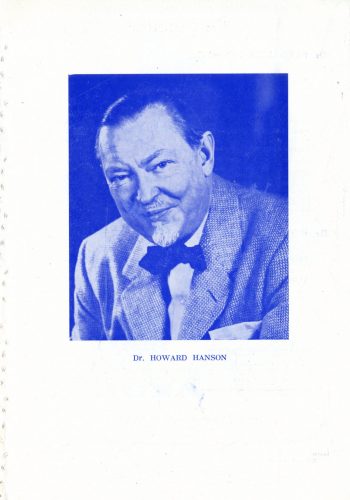 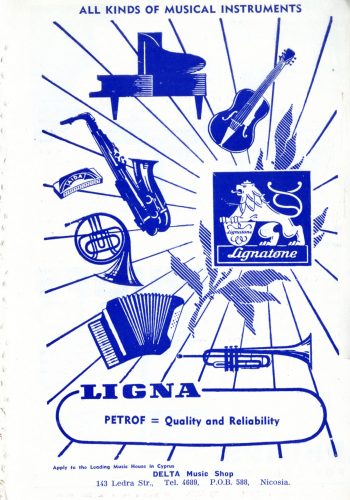 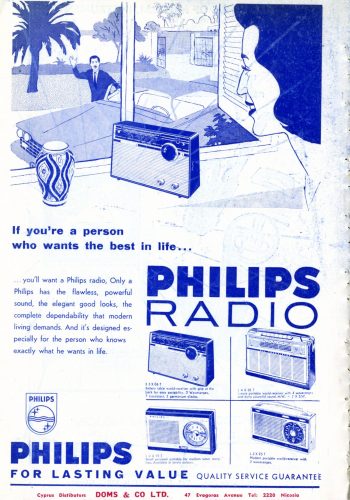 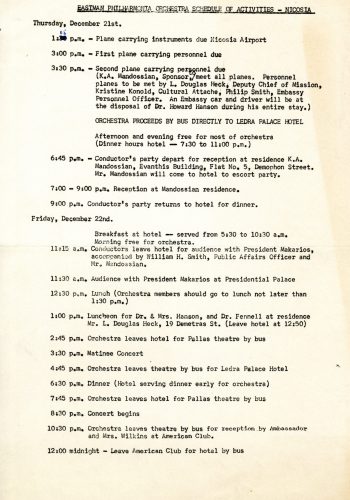 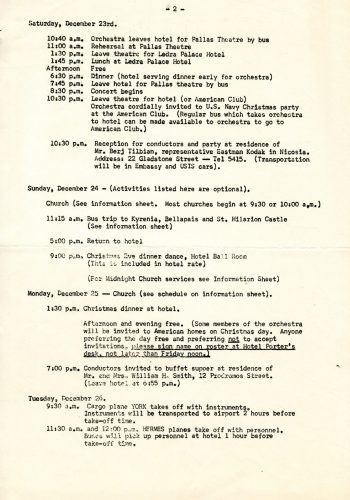 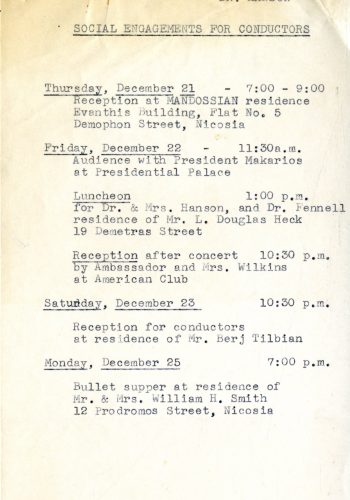 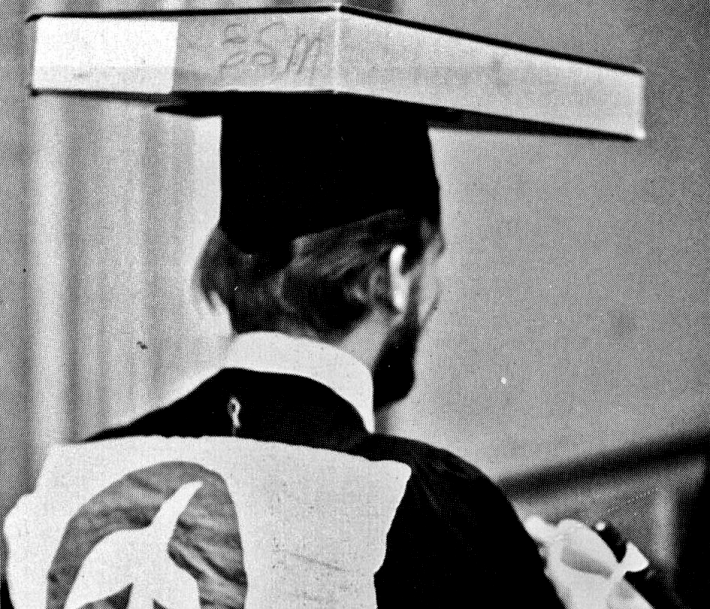 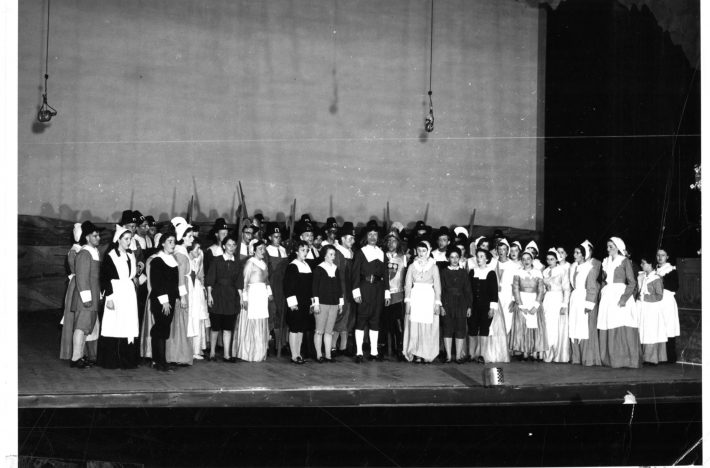 Sixty-seven years ago this week, on Monday and Tuesday, May 16th and 17th, 1955, Howard Hanson’s opera Merry Mount was produced at the Eastman School’s annual Festival of American Music. 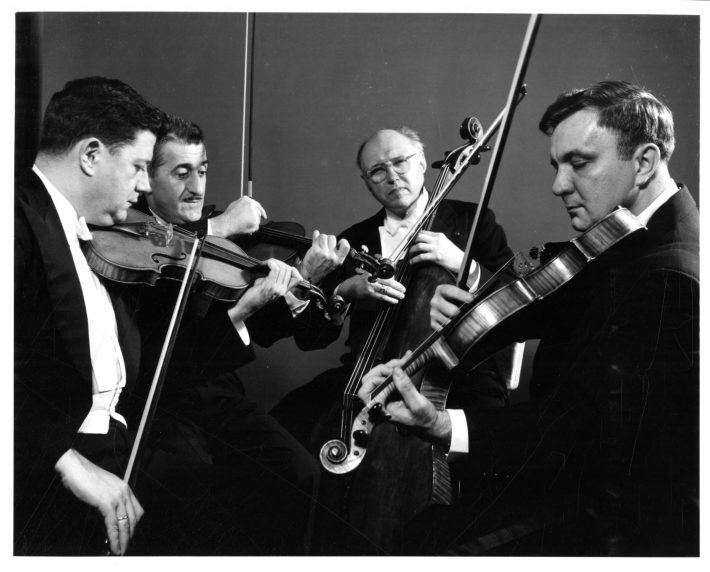 On May 9th, 1960, the members of the Eastman String Quartet returned from their nine-week tour that had taken them to Southern Europe, the Near East, and Northern Africa. 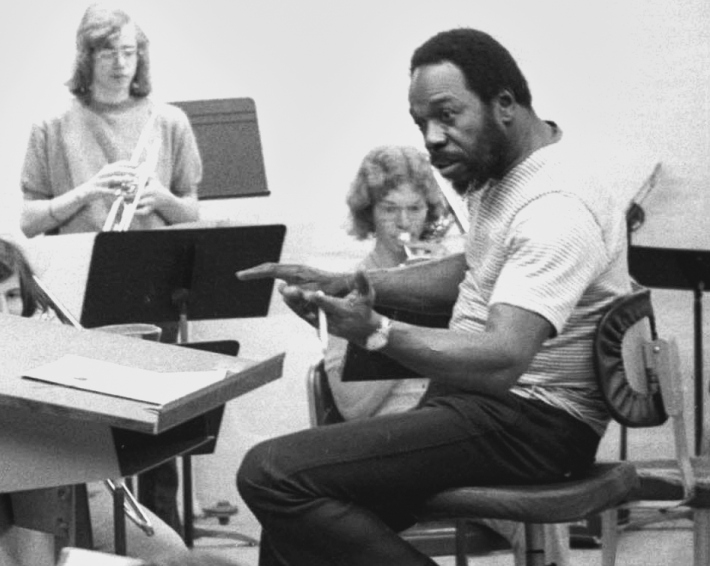 Forty-nine years ago this week, the renowned Thad Jones appeared as guest conductor and soloist with the Eastman Jazz Ensemble