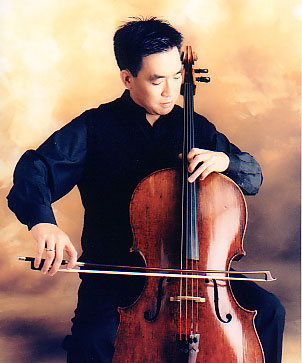 David Ying, as cellist of the Ying Quartet and faculty member of the Eastman School of Music, has had the good fortune of a life of musical adventure and opportunity. The Ying Quartet has performed extensively, both in well-known concert spaces from Carnegie Hall to the Sydney Opera House, and in non-traditional venues from hospitals and factories to the White House. Their recordings range from the classic repertoire of Schumann and Beethoven to new works commissioned by the quartet, and have earned the quartet wide recognition and awards including a Grammy award and four Grammy nominations.

As a teacher, Mr. Ying serves on the cello and chamber music faculty of the Eastman School of Music. He is also co-artistic director and faculty member at the Bowdoin International Music Festival. He is privileged to have shared in the growth and achievements of many students over the years, including those who are now teachers themselves in universities, community schools, and private studios; chamber musicians; orchestral musicians in the New York Philharmonic, Utah Symphony, Arkansas Symphony and others; the solo cellist Alisa Weilerstein; as well as others in artistic administration, and the legal profession. With the Ying Quartet he has also held artist-in-residence positions at Harvard University and Northwestern University.

As a solo cellist, Mr. Ying was prizewinner in the Naumburg International Cello Competition, and the Washington International Competition. His studies were at the Eastman School of Music and the Juilliard School, and his teachers have included Leonard Rose, Channing Robbins, Ardyth Alton, Paul Katz, Steven Doane and Robert Sylvester.