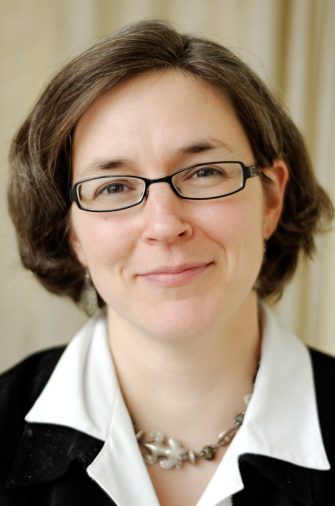 Assistant Professor of Humanities and English for Academic Purposes

Susan Uselmann is the director of the Eastman Writing Center and an assistant professor of Humanities and English as a Second Language.  Her primary research focuses on the history of reading and the idea of the literary author, in particular the role of imagination and memory in understanding creative expression.

She has authored articles on the nature of reading in medieval English literature, and co-edited a volume of essays, entitled Middle English Devotional Literature and Practice (Brepols, 2016).  She is also the recipient of a teaching grant from the National Endowment for Humanities to develop a course on the nature of creativity.  She is currently at work on a book entitled Memory and Imagination in Medieval English Devotional Literature.

Professor Uselmann’s research and teaching encompass a range of interests, including the history of languages and reading practices; creativity theory and practice; composition and rhetoric; mythology and folklore; gender and women’s studies and literary theory; as well as the bible as literature, creative writing and contemporary poetry.  At Eastman she teaches English as a Second Language, the Freshman Writing Seminar, the Versatile Musician, as well as courses on Creativity, Fairy Tales, J.R.R. Tolkien’s Lord of the Rings, Children’s Literature, and the History of the English Language.

“Devotional Reading in the Middle Ages:  Problems of Definition,” in Readers, Reading and Reception in Late-Medieval Devotional Literature, 2016.

“A Matter of Convenience:  Models of Devotional Reading in Nicholas Love’s Mirror,” in Readers, Reading and Reception in Late-Medieval Devotional Literature, 2016.

Book Review: After Augustine:  The Meditative Reader and the Text, by Brian Stock (U Penn, 2001), Envoi: A Review Journal of Medieval Literature (2003).