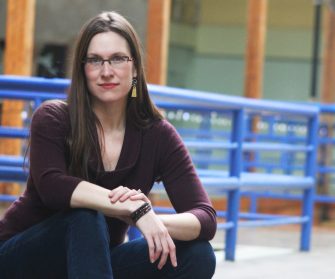 Lindsay Warren Baker began her association with the Eastman Voice and Opera Department in 2001 when she joined Eastman Opera Theatre’s stage management team. In 2011, she began leading acting workshops for the department and joined the faculty in a formal capacity in 2016 as an Adjunct Instructor of Opera and acting coach. Baker teaches the first year Body Awareness, Movement & Dance class and sophomore Acting Seminar. She also assists other courses including Advanced Opera Seminar, Opera Theatre Practicum and Fundamentals for the Singer-Actor. In addition to her work at Eastman, Baker is a freelance stage director, playwright/composer, teaching artist, and yoga instructor.