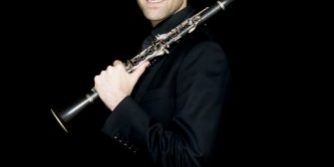 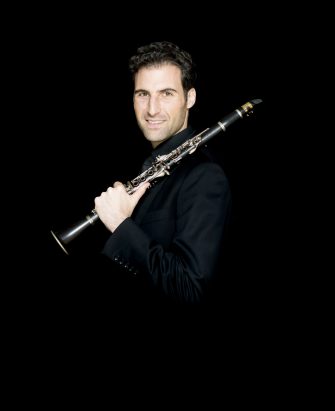 One of the new offerings for Summer@Eastman 2020 is the institute Professional Development for the Orchestral Clarinetist, to be offered from August 3 through 5.

Teaching this course is Eastman’s new Associate Professor of Clarinet, Michael Wayne. A member of the Boston Symphony Orchestra and Boston Pops clarinet section since 2008, Wayne was previously Principal Clarinet of the Kansas City Symphony. Before joining Eastman in the fall of 2019, he was on the faculties of the New England Conservatory of Music and the Tanglewood Music Center.

He made his Carnegie Hall solo debut with the world premiere of Michael Daugherty’s clarinet concerto, Brooklyn Bridge, and subsequently recorded it for Equilibrium Records. He can also be heard on numerous BSO recordings, including its multi-Grammy Award-winning Shostakovich Symphony cycle under Andris Nelsons.

The institute is described as an “intensive workshop designed for the professional clarinetist on how to sustain a high standard of playing and a fulfilling life in the orchestral world.” Joining Michael Wayne is a guest lecturer, bass clarinetist Ben Freimuth, formerly of the San Francisco Symphony Orchestra.

Wayne describes the workshop simply as three days of “coming together and sharing ideas” about such topics as fundamental routines, equipment, teaching concepts, and work/life balance with two experienced musicians in the field.

“I asked Ben to join this to give the offerings a balance of experiences,” says Wayne.  “Between the two of us we have held a variety of positions in major orchestras and have a depth and breadth of knowledge that we can share with other colleagues from around the world.”

Says Michael Wayne, “There’s been a need for education about the “in between” periods in a musician’s career. Once you are in a job, you’re no longer focused on one thing, that one thing you are going to master – playing. You no longer have that weekly lesson and that guidance from your teacher, and you can easily get lost.”

After you’ve found a professional job, he says, the pressure is on, and the workload can change dramatically. “Working around performance schedules when on the job is a challenge all orchestral musicians experience.  Finding efficient routines and ways to continue to be an inspired musician are essential for longevity.”

And along with all these musical and professional concerns, he adds, “Your life needs balance – relationships, hobbies – or you’re in danger that you’ll stop enjoying what you’re doing.”

Professional Development for the Orchestral Clarinetist is designed for the professional orchestral clarinetist to create an open environment for learning and sharing.