Making Connections: Movement at the Eastman School of Music 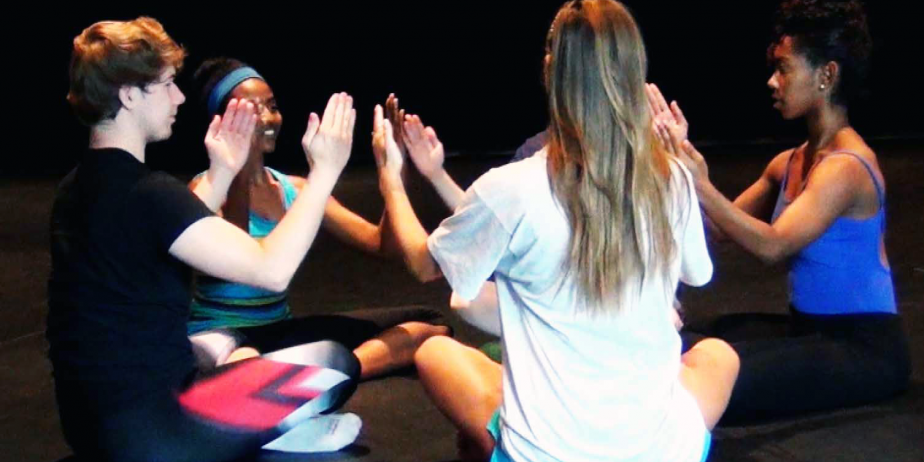 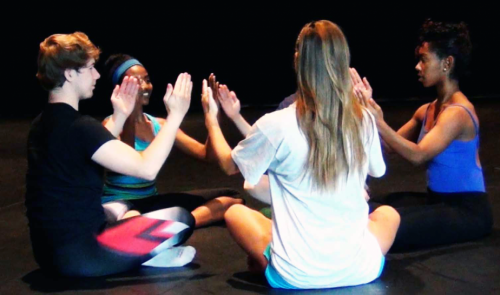 Summer@Eastman is moving forward this year with a new institute for both dancers and musicians: MusiKinesis®! Modern dance is hardly new to Eastman, though; Martha Graham taught and performed at Eastman in 1925-26. The “Eastman School of Dance and Dramatic Action” used the fifth floor annex as its dance studio.

Speaking of “dramatic action,” Graham is said to have refused a second year’s contract by signing a tentative “M” before dropping the pen and returning to Manhattan, where she forged her new style of dance.

A favorite scene in the film Amadeus has the opera dancers forced to rehearse in silence. In abject puzzlement, the emperor asks, “Is it modern?”

In the early 20th century, various terms described the new, unballetic dance arts — interpretive, natural, Greek, rhythmic. Today we call them all modern, even though they remained rooted in 19th-century aesthetic sensibility for quite some time. As shocking as it was for Isadora Duncan to dance in bare feet and gauzy tunics, she favored music by Schubert, Chopin, and Gluck.

A program from 1926 shows that even Graham chose mostly Romantic-era piano music for a dance concert in Kilbourn Hall. The Rochester Democrat-Herald’s review raved that the audience “was effusive in its reception of the program.”

When the Graham company returned in 1945, however, the response was different. By then, Graham had honed her sharp-edged style, embraced dissonant music, and become the woman one critic quipped could give birth to a cube. She was modern indeed. The performance stirred controversy in the local newspaper.

“Graham Dancers Prove Puzzle at Eastman,” critic Norman Nairn titled his review. “If there was one person in the whole auditorium who understood what it was all about, diligent search failed to unearth that person,” he scoffed. “This wasn’t ballet – it was the MODERN DANCE.” Letters to the editor soon appeared on both sides of the argument. One Eastman student expressed outrage that the newspaper would even publish “the ravings of a confessed ignoramus.”

Yet despite the sense of freedom and experimentation in Jaques-Dalcroze’s institute and the spirit of creative energy his students drew from it, establishing a method means standardizing, publishing and promoting it. Jaques-Dalcroze devised a movement vocabulary, staged large-scale choreographed productions, mapped dances for children, and used illustrations to specify floor patterns, precise degrees of movement, and florid styles of skipping, for example.

It’s a challenge to remain nimble as the world changes, to stay open to people of other cultures, and to balance creative freedom with rigid standards (especially once you’re over 150). Each edict of change or correction from the central Dalcroze institute leaves thousands of grandfathered teachers worldwide uncorrected, doing things in one of the old ways. 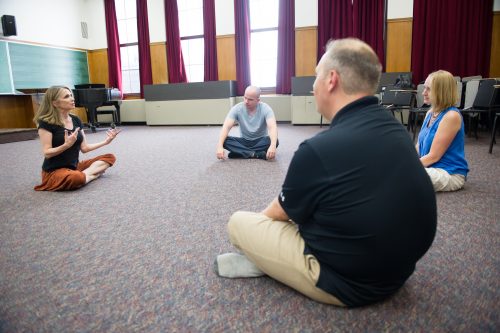 A 2016 Dalcroze summer class at Eastman, with Monica Dale, instructor

I’m grateful for my old ways. The Dalcroze principles and techniques I learned gave me the flexibility to experiment and respond, risk and adapt, on the spot and over time. Like the students of Jaques-Dalcroze, I took away not just a set of rules, but a lifetime of inspiration to build upon.

MusiKinesis brings the connections full circle. When dance and music engage in mutual discovery, each enriches the other. After all, they share common ground in the elements of time (tempo, meter, rhythm) and energy (articulation, dynamics, etc.). To me, the only distinction is in the mediums. Dance is time and energy in space; music is time and energy in sound.

Music and dance are only separate to the extent we disconnect our ears, minds and bodies, which doesn’t happen naturally. Young children don’t separate singing, dancing and playing until adults split them into separate school subjects, lesson days, outfits to wear and items to bring. Reuniting them brings back a level of joy that’s important.

MusiKinesis incorporates skills and concepts that go beyond the traditional boundaries of the Jaques-Dalcroze method. Depending on the individual needs and interests of participants, these may include my original works in:

Whether you want materials, movement techniques, or applications for your specific situation, this summer’s MusiKinesis institute is a week you won’t want to miss. Register today!

Monica Dale, the creator of MusiKinesis, is a pianist, dancer, and movement educator. She has taught Dalcroze Eurhythmics to Summer@Eastman students for almost 20 years.