Summer by the Numbers: Summer at Eastman 2017 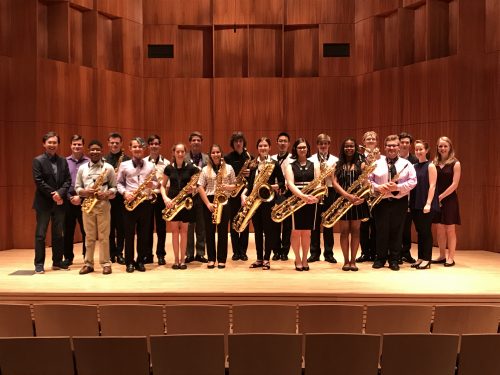 The 40 days of Summer at Eastman 2017 were a whirlwind of music, study and fun! Here are some numerical highlights of the season:

Summer students came to Eastman from 35 states (plus Washington, DC) and 10 countries. Students ranged in age from 12 to 70 years old.

17 is the number of collaborative pianists who played all day every day for countless classes, lessons, rehearsals, and performances during those 44 programs, accompanying every instrument and voice and helping everyone sound great! (No estimate of the number of pages turned.)

1 is for Summer@Eastman’s first-ever online course, which premiered this summer: “Phrase Rhythm and Form in Brahms Chamber Music,” a graduate-level music theory class developed and taught by Professor Dave Headlam. We hope to offer more online courses in future years! 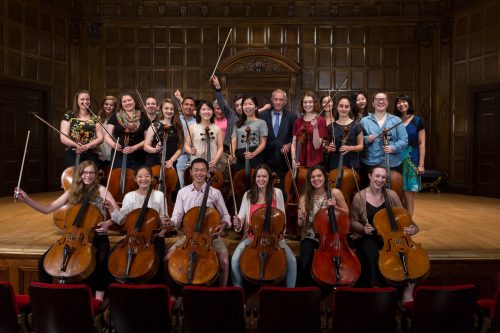 19 is the number of cellists (high school, collegiate, and adult) who participated in the debut season of our brand-new Eastman Cello Institute: 3 weeks of intense study and performance led by Alan Harris, Kathleen Kemp, and Cora Swenson Lee.

56 musicians from the Rochester Philharmonic Orchestra performed in 3 days of rehearsals and recording sessions for the 9 student conductors of the Summer Conducting Institute (led by Maestro Neil Varon). The student conductors also practiced with a 6-piece chamber ensemble.

1,200 pounds of Orff instruments were sent to Eastman by Iowa’s West Music Company for use in the Orff Schulwerk Teacher Education Course. (That’s a LOT of xylophones and recorders!) 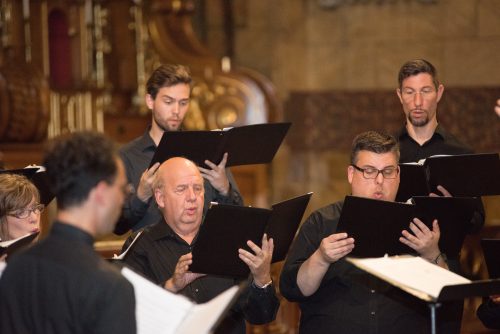 Summer at Eastman performances were held in 12 venues this year (at Eastman, around Rochester, at Keuka College, and in Chicago).

9 is the number of students who took classes this summer as part of Eastman’s Summers-Only Master’s Degree in Music Education program.

20,000 is an estimate of the total number of pipes in the 23 organs played by students during the Summer Academy for High School Organists.

The 8 students in “Theory and Analysis of Contemporary Music: Study Abroad Course in Paris” spent the month of June at IRCAM’s ManiFeste-2017. They attended 19 concerts in 11 concert halls, heard 20 world premieres, enjoyed 14 lectures by festival composers, performers, and scholars, and even spent 90 minutes in IRCAM’s anechoic chamber!

Despite 3 ferocious lightning storms, the students and faculty of Eastman at Keuka had a marvelous 2 weeks at Keuka College, playing 10 concerts (including 2 at Eastman) and participating in 2 masterclasses and 1 creative music-making workshop. S’mores production for the 2 annual campfires required 60 Hershey bars, 5 bags of marshmallows and 3 boxes of graham crackers.

385 is the total number of singers who participated in this year’s Summer Sings (community choral reading sessions open to the public, led by William Weinert). The best-attended Sing this summer: the choral finale of Beethoven’s 9th Symphony (110 singers, plus 4 onstage soloists and 1 intrepid collaborative pianist).

59 is the number of performances on this year’s Summer concert calendar. Admission to 31 of those concerts was free.