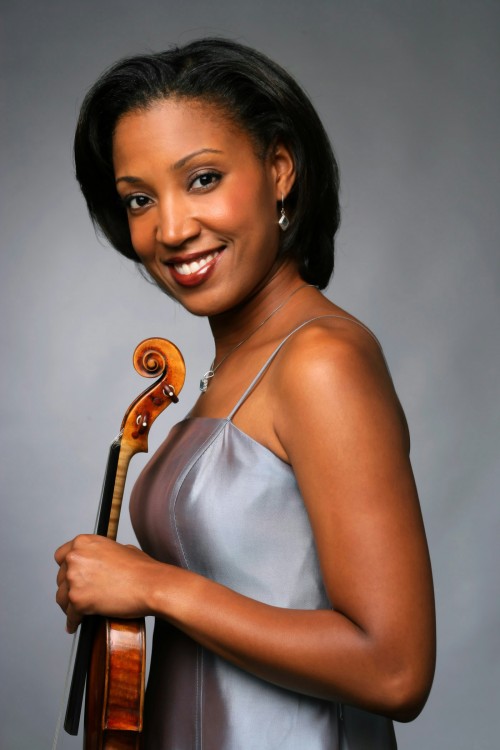 Kelly Hall-Tompkins, ESM BM ’93 and founder of Music Kitchen: Food for the Soul.

The Eastman School of Music boasts prominent alumni in virtually every field of music: performers, teachers, composers, theorists, conductors, and so on. What better time of the year to celebrate the career paths of our distinguished alumni than the days leading up to Meliora Weekend at Eastman?

As part of a series of blog posts dedicated to interacting with prominent Eastman alumni, I had the opportunity to speak with Kelly Hall-Tompkins (BM ’93) about Music Kitchen: Food for the Soul, a community-service oriented music series in New York City that she launched in 2005. Music Kitchen performances bring emerging and established professional musicians together to perform for and share music with New York City’s homeless shelter population. This year, Music Kitchen is celebrating its tenth year of performing in New York City homeless shelters.

In 10 years, Music Kitchen has presented 80 chamber music concerts in New York, Los Angeles, and Paris, with over 150 emerging and iconic artists, such as Emanuel Ax and Glenn Dicterow, and reached an estimated 12,000 shelter clients. In addition, Music Kitchen has been featured in the New York Times, CBSNews.com, ABCNews.com, the Hallmark Channel, Spirituality and Health magazine, Rochester Review, Rutgers Magazine, Columbia University Radio, and David Leite’s Culinaria Podcast, among other media outlets.

Here is the interview with Kelly Hall-Tompkins about her career and the success of Music Kitchen:

John: Your organization is celebrating its tenth year of bringing great concerts to the homeless. Tell us what this anniversary means to you and your organization?

Kelly: It’s hard to believe that it has been a decade. Over the years I have pursued ambitious goals and passionate programming and whenever I look up, we’ve achieved more of these major milestones. I hope that in 10 years, in some small way, we have made a difference in the community as a whole and in the lives of individuals, many of whom have shared with me the impact of these concerts. There are others who appreciate them in their own quiet way and only after the concert is over do I see the powerful written words they left behind. Music Kitchen concerts are certainly not the resolution of the significant problem that is homelessness. But they are part of the healing, part of a holistic solution, and, certainly, an important part of inclusiveness and expanding the arts to undeserved communities. I have begun to see former Music Kitchen audience members in other public places- they recognize me and will introduce themselves to thank me. It’s a wonderful feeling.

John: Could you tell us about how Music Kitchen was founded? What inspired you and how were you able to turn your vision into reality?

Kelly: I founded Music Kitchen as a result of many different influences and experiences over the years. One: As a high school member of my hometown orchestra — the Greenville Symphony — I used to wish that there was a way that I could bring people on stage with me to experience the music as powerfully as I was. Two: Believe it or not, was chamber music parties. As a string player I had played and attended many. But it was one held annually by Eileen Cline, a former Dean of another conservatory, where amazing things would happen. People who knew each other or were perhaps meeting for the first time would come together and, in total joy, play iconic pieces of chamber music before a large audience of guests. In many ways they would perform with more intensity, heartfelt emotion, and electricity than if they had been rehearsing it for a concert engagement. That stayed with me. I also began to realize that I could be part of such wonderful artistic experiences because I belonged to a privileged community and that not everyone did. Three: My grandmother, who will be 91 next month, only recently retired from her church group of pioneering women who served the homeless in Central Florida a home-cooked breakfast in the park every other Saturday for 13 years. Though I never made a specific correlation to Music Kitchen until I was already many years into it, I know my grandmother’s persistent humanitarian spirit is a major inspiration for me in this endeavor. So finally in 2004, in a pinch, I played a run-through of a violin concerto prior to the public performance for the homeless shelter program at my church. My husband Joe was the volunteer cook coordinator and I was an occasional volunteer cook, so we knew the setting and my husband suggested I do my run-through there. I literally couldn’t find anyone else available for my run-through at the time, but I worried that a violin concerto with no accompaniment was a bit of a hollow offer. The experience that night was incredible for me because even with that violin concerto with no accompaniment, they were moved and so grateful. They asked me to come back the next night and I did, playing the exact same music. They were even more grateful the second time and we shared the warmest connection. Immediately things came together in my mind: chamber music, the most community-oriented, intimate, and expressive of all musical genres, was the perfect vehicle to actually reach people most in need. And not partially represented, as in the concerto, but now, of course, with all the parts! I immediately contacted some arts philanthropists I knew who loved the idea and provided me with some beginning capital. The next season Music Kitchen was off and running!

John: Please tell us about the demographics of your performers. In what ways do you think they enjoy performing these concerts?

Kelly: The musicians that I seek and engage for Music Kitchen are high-level professional artists who are not just masters of their instruments, but also artistically dynamic and expressive communicators through music. Great Music Kitchen artists are facile, and thrive in both chamber music performance and easy-going verbal interaction with the audience.

John: Have you worked with any Eastman alumni with Music Kitchen?

John: How do you feel your Eastman schooling prepared you for running an organization such as Music Kitchen?

Kelly: While there were unfortunately no business-oriented classes during my time at Eastman, my Eastman education was a robust and dynamic musical discovery: the theory and structure operating within countless works; the historical context in which they were created; and the technique and creative artistry in performing them well. I remember how so many works came to life for me for the first time in Steve Laitz’s theory class or in Charlie Castleman’s studio. It is that academic foundation, plus my passion for music and lifelong learning quality, which have crystallized to prepare me not only to run a series like this, but also to be excited to share with others the incredible inspiration of classical music.

John: Could you describe the reaction of your audience during and after Music Kitchen performances? What do these reactions mean to you and your colleagues?

Kelly: I continue to be moved and inspired at the profound responses that listeners have at Music Kitchen concerts. In many cases the clients know in advance that there will be a Music Kitchen concert, and as a result, may try to be assigned to a particular shelter venue in order to hear it. But often, they are surprised to find musicians. Whether or not that is initially a welcome sight, after only a few minutes of music there is a warm rapport between the musicians and the listeners, with much laughter and eagerly offered exclamations of joy and gratitude for the music. The transformation from the beginning of the concert to the end of the concert is practically palpable. Sometimes the music causes an otherwise reclusive person to open up about deeply personal emotions or experiences. But again, it is often not until after I leave that I read the most profound comments, written on the cards I hand out at the beginning. Here are a couple of excerpts from those: “Music is one thing I loved ever since I was a little boy … I feel love like I used to before I became homeless. I usually think people think less of me just seeing other people give their own time to come and play for me it means a lot. I hope to do the same one day to someone in my actual situation. Thanks.” “I really feel important … I seen on TV only important people pay for this kind of concert … Now me able to participate … That’s a great feeling … I wish everybody in my situation are here” The musicians who play Music Kitchen concerts consistently report the feeling that their performances have an even deeper resonance than in traditional concert settings. Albrecht Mayer, principal oboist of the Berlin Philharmonic, after twice performing for Music Kitchen, said, “The intense interaction of giving and receiving has been a very special experience for me and has moved me deeply.”

John: What advice would you give to a musician who has similar interests as you: sharing music with the homeless shelter population?

Kelly: The most important advice I can give for playing for homeless audiences is the same as for any audience. It is important not just to have a dazzling technique, but to use that facility to artistically express something deep within you, and to really connect to the listener. When that happens, it doesn’t matter what repertoire you play, or who you’re playing for, but they will be drawn in and magical things can happen! John: What other projects are you, personally, involved with these days? Kelly: In 2014 I released an innovative recording project, a music video album, entitled Imagination, on You Tube and on DVD. I partnered with a wonderful cinematographer to bring a visual representation of my interpretations to life! I also wanted to show contrast and diversity, so I recorded both Ysaÿe’s dynamic 6th solo sonata as well as my whimsical jazz arrangement of “Pure Imagination,” the song from the original film Willy Wonka and the Chocolate Factory. I sought to reach new audiences, and I am thrilled to see that the project continues to be watched by over 720,000 You Tube viewers worldwide and was featured in Strings magazine and at Chamber Music America. That project has been a catalyst for many new and diverse projects in my solo career: I recorded a duo track on a new CD by 2015 New Age Grammy Winner, flutist Wouter Kellerman; next season I will give the US premiere of a violin concerto by the German composer Siegfried Matthus; this fall I am playing four recitals with former Boston Symphony principal harpist Ann Hobson-Pilot and, in an exciting and new role for me, I am the new soloist and concertmaster for the upcoming (fall) Broadway Production of Fiddler on the Roof. I hope that all the wonderful solos written by John Williams for Isaac Stern for the film version will make it into the Broadway production, but I am already booked to play them as soloist with the Oakland East Bay Symphony for their opening night next October. — John Fatuzzo