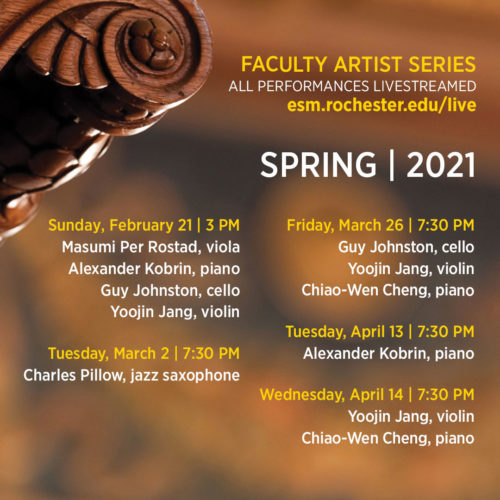 The Faculty Artist Series presents Yoojin Jang, Assistant Professor of Violin and Chiao-Wen Cheng, Assistant Professor of Accompanying, on Wednesday, April 14 at 7:30 p.m. The program consists of three works for violin and piano: Stravinsky’s Suite Italienne; Schubert’s Fantasie in C Major, D. 934; and Beethoven’s Sonata No. 9 in A Major, Op. 47. This concert will be presented through livestream as a virtual performance.