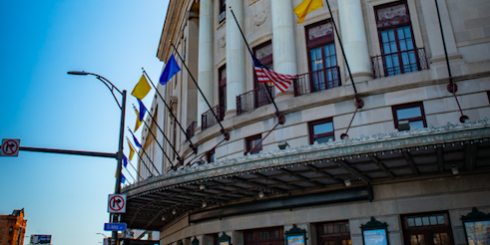 This year there will be one commencement ceremony for Eastman School of Music bachelor’s and master’s degree students, held on Sunday, May 23rd, at 9:00 a.m. in Kodak Hall at Eastman Theatre. The Sunday ceremony is for students receiving their Bachelor of Music, Master of Arts, and Master of Music degree. Ceremonies for students receiving a Doctor of Musical Arts and Doctor of Philosophy degree will be held Friday, May 21, at 9:00 a.m. and 11:00 a.m. in Kodak Hall.

These scheduling changes will help the University adhere to the many state requirements related to the pandemic while continuing the commitment to keep students, faculty, and staff safe. All university commencement ceremonies are only for graduating students, meaning no visitors are permitted. Ceremonies will be streamed live to allow family and friends to remotely share in this special day. Any graduate unable to participate in person will be able to view the ceremonies via livestream.

This year’s student address will be given by Students’ Association President, Tessa Nojaim (’21), with music performed by the Eastman Trombone Choir as well as Artist Certificate recipient Malcolm Matthews (DMA ’20), on organ.

Eastman’s Commencement ceremony will also include the presentation of the Distinguished Alumni Award to Kelly Hall-Tompkins. Winner of a Naumburg International Violin Competition Honorarium Prize and featured in the Smithsonian Museum for African American History, Ms. Hall-Tompkins is a violin soloist entrepreneur who has been acclaimed by the New York Times as “the versatile violinist who makes the music come alive,” for her “tonal mastery” (BBC Music Magazine) and as New York Times “New Yorker of the Year.” She has appeared as co-soloist in Carnegie Hall with Glenn Dicterow and conductor Leonard Slatkin, in London at Queen Elizabeth Hall, at Lincoln Center and with the Symphonies of Baltimore, Dallas, Jacksonville, Oakland, in recitals in Paris, New York, Toronto, Washington, Chicago, and in festivals of Tanglewood, Ravinia, Santa Fe, France, Germany and Italy. She was “Fiddler”/Violin Soloist for the recent Grammy/Tony-nominated Broadway – revival of Fiddler on the Roof. Inspired by her experience, she commissioned and developed the first ever Fiddler solo disc of all new arrangements, “The Fiddler: Expanding Tradition,” which is featured in the upcoming new documentary Fiddler: A Miracle of Miracles on the 55-year history of the musical. As founder of Music Kitchen-Food for the Soul, Kelly Hall-Tompkins is a pioneer of social justice in classical music, bringing top artists in over 100 concerts in homeless shelters coast to coast from New York to Los Angeles, and internationally in Paris, France.  Music Kitchen commissioned and will present the world premiere of the Forgotten Voices Song Cycle in Association with Carnegie Hall.  For full bio please visit: http://www.kellyhall-tompkins.com/

For a full listing of commencement details across the University of Rochester, please visit: https://www.rochester.edu/commencement/