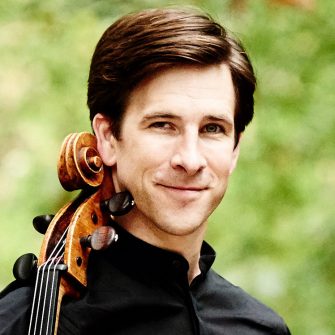 The Faculty Artist Series presents Guy Johnston, Associate Professor of Cello, with pianist Chiao-Wen Cheng on Monday, March 2 at 7:30 p.m. in Kilbourn Hall at the Eastman School of Music. They will perform an all-Beethoven program: Twelve Variations on a Theme from “Judas Maccabeus”; Twelve Variations on “Ein Mädchen oder Weibchen”; and Cello Sonatas in G Minor, Op. 5, No. 2 and in A Major, Op. 69.

A prolific recording artist, Guy’s recent recordings include Howells’ Cello Concerto with Britten Sinfonia (a piece he also gave the premiere of) and a celebration disc of the tricentenary of his David Tecchler cello, collaborating with the acclaimed Accademia di Santa Cecilia in Rome, where the cello was made. The 2018/19 season saw the release of his recording Themes and Variations with Tom Poster, comprising works by Beethoven, Grieg, Chopin, MacMillan, Schumann and Martinu.

Guy plays a 1714 David Tecchler cello, generously on loan from the Godlee-Tecchler Trust which is administered by The Royal Society of Musicians.