Both series are open to the Eastman community. All events take place on Thursdays at 4:30 p.m. in NSL 404 (Sibley Library seminar room) unless otherwise noted. 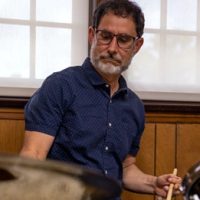 Ethnomusicologist and co-chair of the Music and Intercultural Neurodiversity Special Interest Group of the International Association for Music and Medicine, Michael Bakan applies the narrative methods of dialogical, re-presentational ethnography developed in his book Music and Autism: Speaking for Ourselves to a compelling portraitof the MINd project. Privileging the words, music, and expressed ideas of his neurodivergent MINd collaborators over externally imposed modes of analysis and interpretation, Bakan foregrounds neurodiverse perspectives on musicking and musical responses toneurodiversity. This opens up new realms of possibility in diverse epistemological, practice-based, and agency-facilitating domains, thus yielding the potential for transformative new directions in ethnomusicology, music therapy, and other related disciplines.

Michael Bakan is Professor of Ethnomusicology and Head of the World Music Ensembles Program at Florida State University (FSU), where he directs the Sekaa Gong Hanuman Agung Balinese Gamelan. His more than 100 publications include the books Music & Autism: Speaking for Ourselves, World Music: Traditions and Transformations, and Music of Death and New Creation: Experiences in the World of Balinese Gamelan Beleganjur. As a percussionist and drum set artist, he has performed and recorded with artists including George Clinton, Tito Puente, John Cage, the Toronto Symphony, and the Los Angeles Philharmonic Green Umbrella Players, and appears as percussionist on the legendary funk band Parliament’s 2018 album Medicaid Fraud Dogg.

Select students presenting at the AMS-SMT-SEM Joint Annual Meeting in New Orleans will preview their work for those interested.

Students and faculty debrief about the AMS-SMT-SEM Joint Annual Meeting in New Orleans.

Musicale Performance Plus concert at the George Eastman Museum 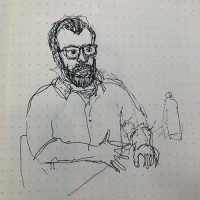 From the standpoint of music studies, the relationship between the singing voice and the earth’s atmosphere is one of figure to ground or event to medium. When compared to the meaning-saturated sounds of human vocality, in other words, the air around us appears transparent, uniform, and theoretically inert: air is voice’s enabling condition, nothing more. However, outside of music studies—as humans and other creatures struggle with global warming, air pollution, toxic wardust, smoke from runaway forest fires, and a deadly coronavirus that is transmitted from breath to breath—air is front-page news. What might music scholars learn if we turned the tables on voice and began taking air seriously? Drawing upon recent writing on the Anthropocene and the “nonhuman turn” in the humanities, this paper stretches and distorts the connotative field that surrounds the voice, treating it less as a human-centered sound and more as an atmospheric vector that connects humans with nonhuman creatures, industrial processes, and environmental temporalities. Reframed as a mode of consequential gaseous exchange, the vocal metaphor can now draw attention to the entangled expressive capacities of car exhaust, landfill methane leaks, El Niño, microbial respiration, bovine flatulence, covid, and yes, human choirs.

After laying out the conceptual groundwork for an “atmospheric” concept of vocality, the paper will give a close reading of one of the fragile, volatile songs that atmospheric voices sing. The scene of this particular more-than-human vocal performance is the Metropolitan Opera in the spring of 2022; the “song,” rendered strange by the air itself, is Tchaikovsky’s Eugene Onegin. In a time of war, pandemic, and ecological destruction, the voice’s double nature—as sound charged with meaning and air charged with particulate matter—signifies across multiple registers.

J. Martin Daughtry is an Associate Professor of Music and Sound Studies at New York University. In his writing and teaching he explores themes of acoustic violence; human and nonhuman vocality; listening and non-listening; Russian-language sung poetry; the auditory imagination; environmental humanities; extraterrestrial musicalities; the end of the world; and jazz. His monograph Listening to War: Sound, Music, Trauma, and Survival in Wartime Iraq (Oxford, 2015) received a PROSE Award from the Association of American Publishers, and the Alan Merriam Prize from the Society for Ethnomusicology. He is a founding member of the Analogue Humanities Archive and Symposium (AHAS), an enigmatic organization that, by design, has no internet footprint. Daughtry is currently writing a book on voice and air in the Anthropocene; collaborating with a group of European scholars and sound artists on new work related to the intersection of sound and violence; collaborating with a group of Brazilian scholars and sound artists on the theme of sound and environment; co-editing, with Nina Eidsheim, a volume on music and metaphor; and completing a volume of erasure poetry drawn from Herman Melville’s Moby Dick.

Musicale Performance Plus concert at the George Eastman Museum 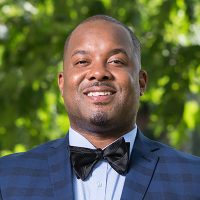 This paper argues that if you attend to the sonic scope of the music of Kanye West (YE), we can map well the deterioration of his critical blackness. Noting the move from radical hip-hop disobedience to pop sonics and gospel anthems, this paper marks the simultaneous decline of Kanye’s commitment to combat anti-blackness and anti-difference. Highlighting West’s musical shifts alongside his political ones, allows us to also interrogate the role of pop culture and white evangelical Christianity in the rise of anti-blackness and xenophobia.

Jeffrey Q. McCune Jr., PhD, is the Director of the Frederick Douglass Institute for African & African American Studies and the Frederick Douglass Associate Professor of African American Literature and Culture. He is the author of the award-winning book Sexual Discretion: Black Masculinity and the Politics of Passing (University of Chicago Press, 2014). He is presently completing, Disobedient Reading: An Experiment in Seeing Black (University of California Press). He has published in a variety of journals and also serves on the editorial board of numerous journals. He is the co-editor of the University of California Press’s New Sexual Worlds book series. For his work at the intersections, of race gender, and sexuality, McCune has been featured on Left of Black, Sirius XM’s Joe Madison Show, HuffPost Live, NPR, Pitchfork and as a guest expert on Bill Nye Saves The World. 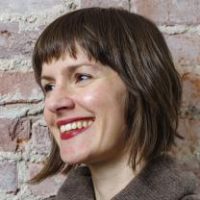 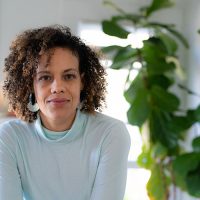