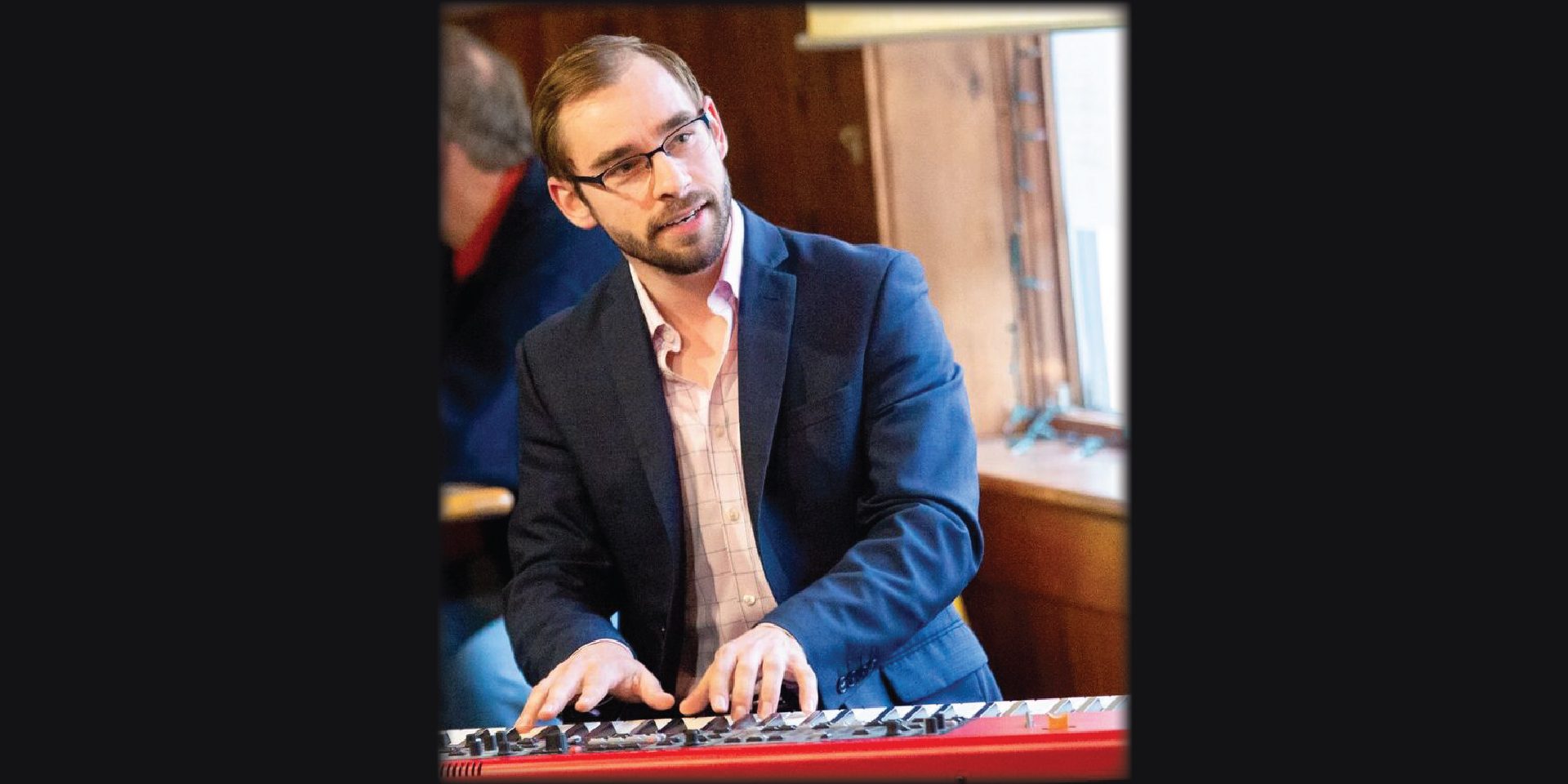 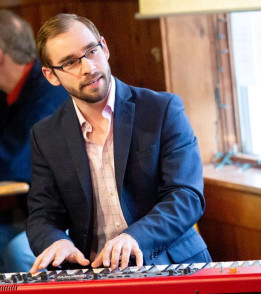 Mason St, Pierre interviewed Nick, who is Director of Jazz Studies at SUNY Fredonia, to find out more about the concerto, and about Nick’s experiences as an Eastman student.

Could you tell us about your time here at Eastman as a graduate student? What were some of the highlights and some of the challenges?

My time as a graduate student at Eastman was some of the most enriching and illuminating of my life. I would not be where I am in my career were it not for my experiences in the jazz program — being surrounded by other people with so much passion and drive toward making music of the highest caliber was a daily inspiration, and my experiences in the classroom always had a bent toward the real-world, practical side of music making, which I believe positions Eastman students in a unique and distinctly advantageous way upon graduating. What I appreciate now more than anything, and in light of all the places I’ve lived since leaving Rochester, was the true sense of community I felt at Eastman. The jazz program was as tight-knit a group as I’ve ever been a part of — I was and am still close with many of my peers from that time, and I felt a real sense of investment from the faculty there, all of whom were active practitioners of the music they were teaching. Some of my fondest memories are of evenings spent with friends at the Strathallan Hotel, listening to Eastman jazz faculty in their weekly performances there. There was something very powerful about hearing them live and in that informal setting, something that has resonated with me deeply and that continues to inspire me to work to create that kind of community everywhere I go.

How has Eastman prepared you for the professional world? What advice would you give to our current students?

The professional footing I gained as a student at Eastman is invaluable. Eastman is about more than learning. It’s about developing lasting connections with people who are poised to be successful in the field. There’s such a strong network of Eastman alumni, and we all have those shared experiences from our time in Rochester. I’m convinced the connections I fostered during my time there helped launch my career. My advice to current Eastman students is to invest in that community — focus your effort on connecting with your peers, and attend their concerts. There’s so much fantastic music being made at Eastman every day, and that’s not to be taken for granted!

Tell us about the upcoming performance on November 9 with the The Eastman Wind Ensemble. What is unique or special about the concerto you’ll be playing?

When Dana approached me in 2018 about performing the Wind Ensemble premiere of this Concerto, I was deeply honored. His reputation as a prolific composer on the national and international stage obviously preceded him, and it was a joy to have the opportunity to work with him first-hand to bring the piece to life. The work creates an evocative dialogue between the ensemble and soloist, and Dana’s writing in each movement creates beautiful frames for the improvised sections. With each performance, the piece continues to evolve, and I’m thrilled to have the opportunity to work with Mark Scatterday and the Eastman Wind Ensemble and to see what fresh new energy they bring to it. 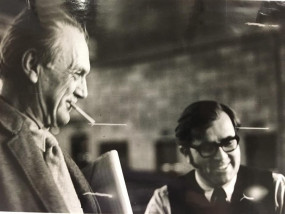 Along with Dana Wilson’s recent work, this EWE concert provides a look back in Eastman history with a Serenade for Winds by Rochester-born composer Alec Wilder (1907-1980), to be performed by Eastman Harmonie. Wilder studied briefly and informally at Eastman in its earliest years, but never graduated; however, he did write a number of pieces for a number of Eastman performers and faculty members. In 1973 he received an honorary doctorate from the University of Rochester commemorating his varied talents as a composer of concert music and songs, an arranger, a best-selling writer, and – in the words of Eastman Historian Vincent Lenti – “an absolutely unique person.”

This Serenade, consisting of four movements and two interludes, was written for and first performed by members of the EWE under Donald Hunsberger in 1979. (Mason St, Pierre will conduct the piece on Wednesday night.) It is a late work of Alec Wilder’s, but his music remained consistent throughout his career in its melodiousness, its playful character, and its lack of pretension. Wilder wrote fugues as skillfully as he wrote pop songs, and enjoyed combining these elements in his “classical” pieces. He wrote much of his best music for wind and brass players; the Serenade is scored for a double wind quintet, adding two flutes to the usual “Harmonie” octet. — David Raymond