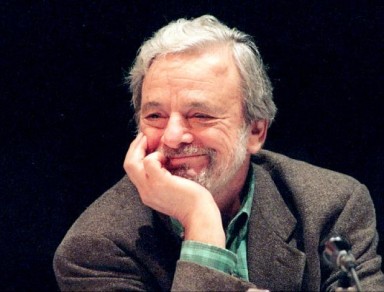 March 22 is the 84th birthday of one of the great American theater composers and lyricists: Stephen Sondheim, who was born in New York City in 1930. Sondheim got his start on Broadway as the lyricist of West Side Story (with Leonard Bernstein, 1957) and Gypsy (with Jule Styne, 1959), and has written many award-winning shows as a composer and lyricist, including A Funny Thing Happened on the Way to the Forum (1962), Company (1970), Follies (1971), Sunday in the Park with George (1984), and Into the Woods (1987). Sondheim’s musically adventurous, dramatically challenging shows make excellent material for for young singers and actors, as Eastman Opera Theatre has proven for years. Below are scenes from three other Sondheim musicals recently produced by Eastman and directed by Steven Daigle: 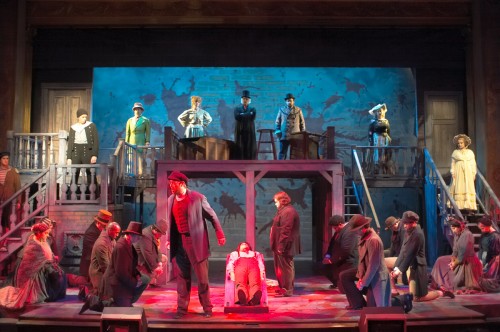 “Ballad of Sweeney Todd” from Sweeney Todd, the Demon Barber of Fleet Street (1979), produced in 2003 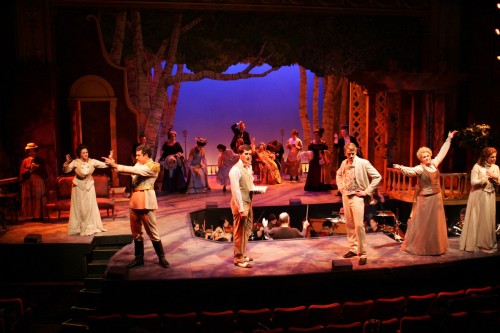 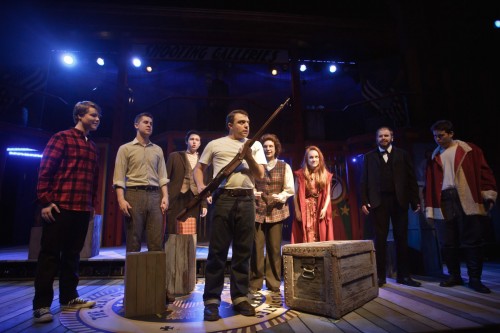