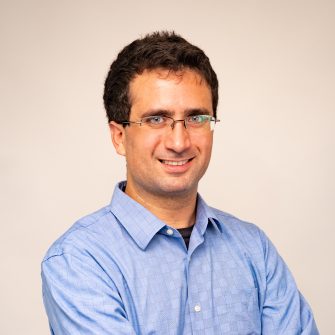 Zachary Bernstein is Associate Professor of Music Theory, with a specialization in twentieth-century concert music. Professor Bernstein joined the Eastman faculty in 2015, having previously taught at The University of Alabama. He received a BM in composition from The Juilliard School, an MA in composition from the Graduate Center of the City University of New York, and MA and PhD degrees in music theory, also from the CUNY Graduate Center.

Professor Bernstein’s work has been published in Music Theory Spectrum, Journal of Music Theory, Perspectives of New Music, Music Theory Online, Theory and Practice, and Oxford Bibliographies Online. His book Thinking In and About Music: Analytical Reflections on Milton Babbitt’s Music and Thought is published by Oxford University Press. He has broad research interests in the twentieth century, many of which are brought together in Thinking In and About Music: serialism, organicism, temporality, gesture and embodiment, text setting, cognition, and the relationship between theoretical and compositional thought. A further interest is tonality in the twentieth century, some ideas of which are developed in a forthcoming book chapter on Rebecca Clarke, to be published in Analytical Essays on Music by Women Composers: Concert Music 1900–1960 (OUP). In general, the interaction between the past and the present in twentieth-century music has been a persistent source of fascination. His current research investigates the relation between embodied cognition and compositional theory in post-war avant-garde music.

Honors have included the Barry S. Brook Dissertation Award from the CUNY Graduate Center and the Patricia Carpenter Emerging Scholar Award from the Music Theory Society of New York State. He was named a Presidential Scholar in the Arts in 2005. In addition, his compositions have been performed by the Cygnus Ensemble, Collage New Music, and Strata.