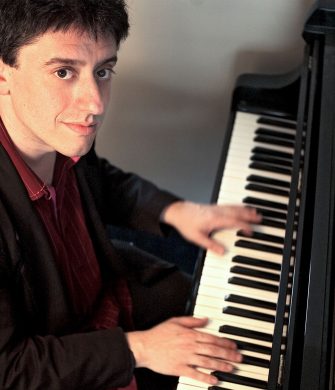 Versace has released several CD’s under his own name on the Criss Cross and SteepleChase labels, the most recent being ‘All for Now,’ released in 2020 to critical acclaim and a 4 star review in Downbeat magazine. He received a Grammy nomination in 2019 along with vocalist Kate McGarry and guitarist Keith Ganz for their trio recording ‘The Subject Tonight is Love,’ thus marking his eighth appearance on a Grammy nominated recording. Other recent CD releases as a sideman include appearances with Rich Perry, Vic Juris, John Hollenbeck and the Frankfurt Radio Big Band, Ronnie Cuber/Gary Smulyan, John Hart, the Andrew Rathbun quintet featuring Tim Hagans and Bill Stewart, Ralph Alessi, Kurt Elling, and dozens more over the past several years with both nationally and internationally known jazz artists.

Versace continues to appear annually in the Downbeat’s Critics and Reader’s Polls, and won the Jazz Journalists’ Association’s ‘Best Instrumentalist –Instruments Rare In Jazz (accordion)’ award in 2018 and their ‘Organist of the Year’ award in 2012. Gary appeared twice as a guest on Marian McPartland’s acclaimed NPR show ‘Piano Jazz,’ and McPartland has described him as ‘…endlessly inventive…(Versace) really has an extraordinary talent.’

Gary was a tenured professor at the University of Oregon in their jazz studies program before moving to New York City in 2002, where he has spent the last 18 years as a full time performer. He joined the Eastman faculty in 2017 as an Associate Professor of Jazz Studies, and continues to maintain an active career worldwide as a performer, educator, and clinician.