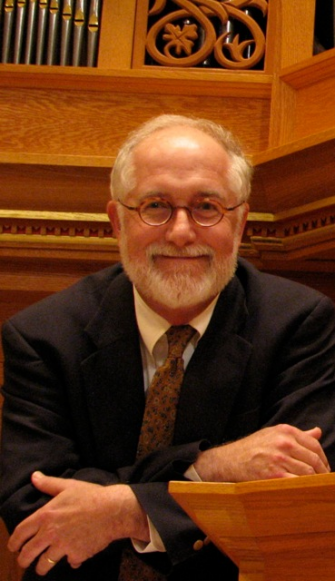 Recently retired as Professor of Organ, Harpsichord, and Improvisation (2002-2013) at the Eastman School of Music in Rochester, New York, Porter has also been a member of the music faculty at McGill University in Montreal, where he lived from 2004 until fall 2015.  From 1985 to 2002 he taught organ, music history, and music theory at the New England Conservatory in Boston, and from 2001 until 2005 he taught improvisation at Yale University.  Porter holds degrees from Oberlin College, where he also taught organ and harpsichord from 1974 to 1986, and from Yale University, where he was director of music at Yale Divinity School from 1971 to 1973.

Porter has recorded on historic instruments, old and new, for the Gasparo, Proprius, BMG, and Loft labels.  He currently serves as organ consultant for the Constellation Center, a new performing arts center to be built in the Boston area, which will house several organs in different styles.  Now residing in Rochester, New York, Porter returns to the Eastman School of Music as part-time Professor of Organ and Coordinator of Sacred Music Diploma Internships.