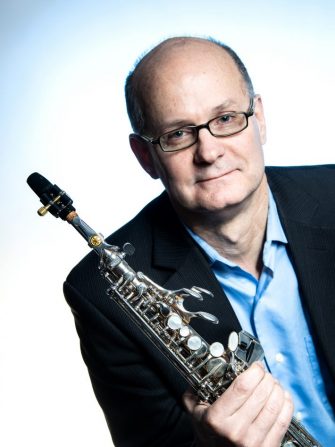 With 7 recordings to his credit, Charles Pillow has established himself as one of the premier woodwind instrumentalists and saxophonists of the day. His recordings include, “Electric Miles” 2018 on MAMA, his large ensemble featuring the music of Miles Davis, which was a top 10 critics pick, “Triocity” Originarts, 2017, with fellow Eastman instructors Jeff Campbell and Rich Thompson, “Van gogh Letters” ELCM 2010, featuring Eastman instructor Gary Versace, “The Planets” and “Pictures at an Exhibition” both on Artistshare, “In this World” on Summit, 2001 and “Currents” on Challenge, 1996.

A fluent performer, educator and touring musician, he has appeared on over 100 CD’s of jazz and pop artists such as Brad Mehldau, John Scofield, Michael Brecker, David Liebman, David Sanborn, Jay Z, Paul Simon, Tom Harrell, Joe Henderson, Maria Schneider and Bob Mintzer. In addition to his teaching at the Eastman school of music, he gives masterclasses throughout the US and abroad.

The Art of Doubling: A Saxophonists Guide to Flute, Clarinet and Oboe
Jazz Etudes on Great American Standards for Flute and Clarinet
Jazz Oboe Method and Play Along