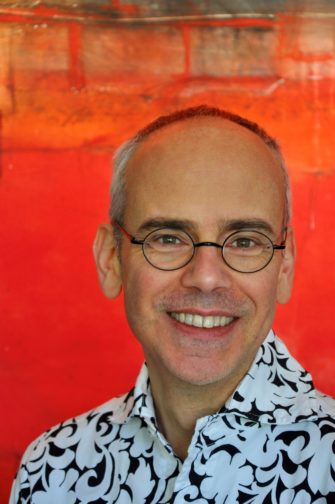 Stephen Kennedy is Director of Music and Organist of Christ Church Rochester, Instructor of Sacred Music at the Eastman School of Music, and Instructor of Organ for Eastman’s Community Music School. In 1997, he founded the Christ Church Schola Cantorum to perform the Office of Compline each Sunday at Christ Church. This acclaimed ensemble of voices and Renaissance instruments specializes in the performance of Plainsong, motets of the Renaissance and Romantic eras, as well as contemporary music and improvisation. The group has been featured in various national radio broadcasts, appeared in international festivals and concerts, and collaborated with ensembles such as the Boston Early Music Festival Chamber Ensemble, and Ensemble Weser-Renaissance Bremen.  The Schola has recorded for the Arsis and Loft labels.

Stephen has appeared as organ soloist in programs of standard repertoire as well as recitals consisting solely of improvisations. He has performed and lectured for local and regional events of the American Guild of Organists, and has given workshops on choral music, chant, and improvisation in the U.S. and abroad. His compositions have been performed internationally by leading performers in their field. He has also designed aleatoric silent film accompaniments and interdisciplinary performance art.  He has created dance accompaniments such as “Luma Voce”, a dance score of computer-manipulated voice sounds with an overlay of vocal improvisation for the New York City debut of the Rochester City Ballet.