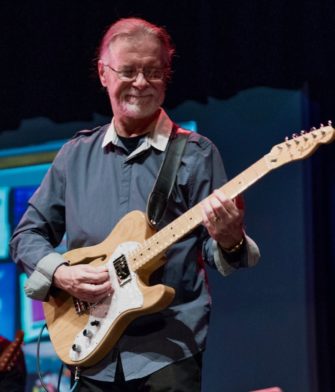 Professor of Music, The College Department of Music, University of Rochester
Director, Institute for Popular Music

Professor Covach has published dozens of articles on topics dealing with popular music, twelve-tone music, and the philosophy and aesthetics of music. He co-edited Understanding Rock (Oxford, 1997), American Rock and the Classical Tradition (Harwood, 2000), and Traditions, Institutions, and American Popular Music (Harwood, 2000). His textbook, What’s That Sound? An Introduction to Rock Music, will be published by W.W. Norton & Co. in the spring of 2006. Covach currently serves on the Editorial Board of the Cambridge University Press journal, Twentieth Century Music, and is a General Editor of Tracking Pop, a monograph series devoted to topics in popular music to be published by the University of Michigan Press. He has lectured across the US and in Europe, and has been the focus of feature stories in newspapers and magazines, as well as on radio and television.

As a guitarist, Professor Covach has performed throughout the United States and Europe. He remains active as a member of the progressive-rock band, Land of Chocolate, as well as with various other projects.