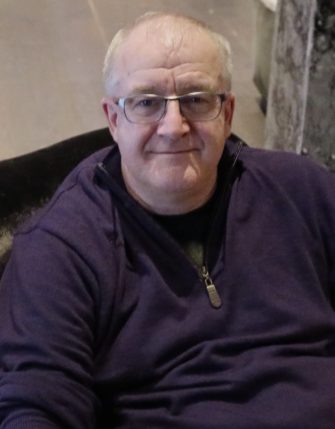 Professor Matthew Brown has taught at the Eastman School of Music off and on since 1986; during that time, he worked in the departments of musicology and music theory. Dr. Brown was born in London and studied violin with Montagu Cleeve, legendary string teacher and expert on super heavy artillery. After winning a scholarship to the Preparatory Division of the Royal College of Music in London (1968-1975), he studied as an undergraduate at King’s College, London, where his interest in music theory was developed under the guidance of Arnold Whittall. Brown graduated with a First and came to Cornell to begin a Ph. D. in musicology. Before he completed his dissertation, he was elected to the Society of Fellows, Harvard University (1983-1986) and it was there that his professional interests really took shape. Dr. Brown accepted a position in musicology at the Eastman School of Music in 1986.

After teaching at Louisiana State University for a few years, Professor Brown returned to Eastman in 1997. Since then, he has also served as a faculty member at the Mannes Institute for Advanced Studies in Music Theory (2002), as a Visiting Professor at the University of Texas at Austin (2003), the University at Buffalo (spring 2019) and received the first Provost’s Interschool Interdisciplinary Award from the University of Rochester in 2007. Over the past thirty years, Dr. Brown has supervised eighteen Ph. D. dissertations; his students have not only won numerous accolades (e.g., Presser, Fulbright, and Chateaubriand awards), but they have also become tenured faculty members at major music departments, such as New York University, the University of Minnesota, the University of Arizona, the University of Western Ontario, and the Eastman School of Music. He has also authored or co-authored five books (Debussy’s ‘Ibéria’: Studies in Genesis and Structure (Oxford, 2003), Explaining Tonality: Schenkerian Theory and Beyond (Rochester, 2005), Debussy Redux. The Impact of His Music on Popular Culture (Indiana, 2012), Heinrich Schenker’s Conception of Harmony with Robert Wason (Rochester, 2020), and Ariane & Bluebeard: From Fairy Tale to Comic Book Opera with Th. Emil Homerin (Indiana, forthcoming), and over fifty articles/reviews in such periodicals as the Journal of the American Musicological Society, Music Theory Spectrum, Cool and Strange Music! and Science. He served as editor for the journal Theory and Practice from 2012 until 2015. Brown’s work has been featured in interviews with BBC Radio 3, WXXI, and the Boston Globe.

In 2011, Prof. Brown founded TableTopOpera, a chamber ensemble that specializes in multi-media projects. The group brings together a group of distinguished faculty, friends, and alumnae of the Eastman School of Music. Their projects combine powerful visual images and texts drawn from comic books, photographs, and film with newly composed music or new arrangements of existing music. TTO has collaborated with an impressive array of artists and institutions: comic book artist P. Craig Russell, photojournalist Paolo Pellegrin, choreographer/film maker Betty Jenkins, dancer Leanne Rinelli, Hollywood film composer Jeff Beal, archivists at the George Eastman Museum, and URMC. The group has received two major grants from the University of Rochester’s Humanities Project has been described by eminent critic Laurence Vittes as the “world’s greatest 8-member operatic comic book ensemble.” Dr. Brown’s work with TableTopOpera has also led to research projects at URMC and there is a patent pending for a mobile App for delivering individualized mental health therapies via networked computing devices with members of URMC’s Health Lab. Prof. Brown is currently involved with a project sponsored with the NSF: “Exploring Creative Design at the Human-Technology Frontier Through the Emerging ‘Artist-Technologist’ Occupation.”