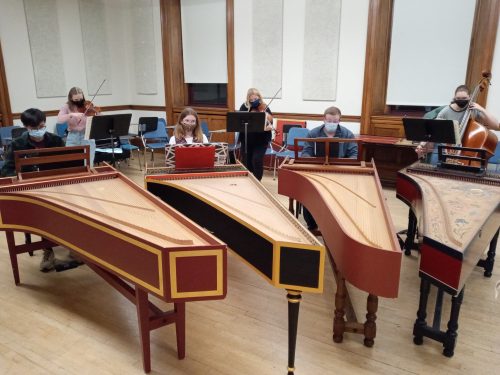 “Everybody ready to shred some harpsichord?” said student Lindsey Williams as she entered Room 404 for a rehearsal last Thursday evening. While it didn’t qualify as heavy metal, the music on the rehearsal schedule did qualify as a virtuoso workout: a concerto by Johann Sebastian Bach for not one, not two, but three harpsichords.

This Thursday night in Hatch Recital Hall, students in Eastman’s harpsichord program – offered by the Department of Organ, Historical Keyboards, and Sacred Music and directed by Professor Lisa Crawford – will present this concerto, and also concerti for two and four harpsichords, by Bach. The student performers are Ryan Chan, Lindsey Williams, Dylan Sanzenbacher, and Ali Santos.

Bach wrote six of these works during the early 1730s, when he lived in Leipzig. Along with his numerous concertos for one harpsichord, they are probably the first examples of keyboard concertos. Professor Crawford says that they were probably first performed by Bach himself as soloist or in the first solo part; his eldest sons probably played the other keyboard parts as needed. 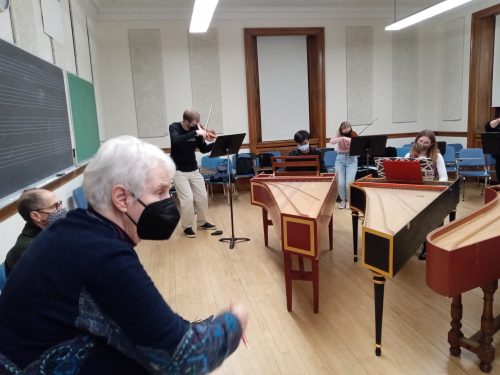 As lovers of Bach’s music know, he was a prolific but frugal composer, and several of these concerti are either based on earlier music or ended up in other concertos (for violin, flute, or oboe) or even cantatas. Or are by other composers: the four-harpsichord concerto is a tour de force based on a concerto for four violins by Antonio Vivaldi. Bach, the contrapuntal wizard, composed ample keyboard figuration to decorate Vivaldi’s original violin melodies.

They are not performed very often due to the logistics of getting multiple harpsichords (and harpsichordists) together, but Eastman is up to the task; the school owns ten harpsichords, and this year’s Eastman program included three majors in addition to other elective students, which gave Crawford the idea for the concert. 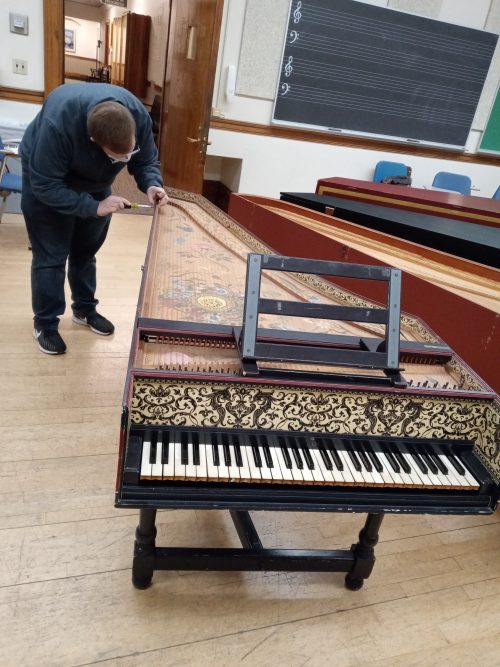 There will be an accompanying orchestra on Thursday might, but it consists of only two violins, viola, cello, and bass: James Marshall and Rachel Smith, Julia Kilcoyne, Owen Cummings, and Ariel Walton, all on period string instruments. The tiny band ensures that the delicate-sounding harpsichords will be heard clearly – and as Crawford points out, the harpsichord parts are so elaborate that the orchestra generally doesn’t add anything to the overall sound. In fact, the two-harpsichord concerto will be performed without the strings; it is thought that Bach wrote it that way and the string parts might have added by one of his sons. 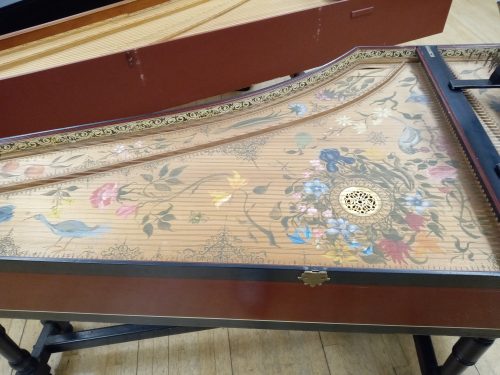 Besides practice of the notes, the students’ preparation also includes the study of stylistic aspects of the music, especially in regard to ornamentation and rhythms. “The music on the page is really kind of a blueprint,” says Crawford. “The soloists are called upon to be rhythmically flexible — all at the same time.”

Bach Concertos for Two, Three, and Four Harpsichords will be performed Thursday night, November 4, at 7:30 p.m.in Hatch Recital Hall Admission is free and the concert will also be live streamed.