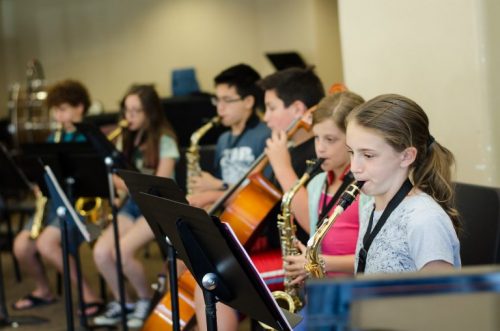 The Adventure Music Camp is a new experience for young musicians in the Rochester area who love to engage with music in all capacities, whether it’s through playing, learning, or creating. With the inaugural week coming to a close, campers had the opportunity to participate in numerous workshops to enhance and build their musical skills. At the end of it all, students show off the results to friends and family in a collaborative performance sure to inspire any audience member. Summer @ Eastman presents The Adventure Music Camp Concert on Friday, August 3, in Kilbourn Hall at 4 p.m.

Director of the program, Gaelen McCormick, is a double bass player who also teaches at the Eastman Community Music School. While enjoying a successful career as a bassist, McCormick was originally drawn to the cello at the age of 13. After being denied lessons due to the short supply of instruments in her school, McCormick agreed to attempt to learn bass for the time being, and pursue her cello dreams the following year. Under the instruction of her excellent teacher, she found that her talent lay with the bass, so she never bothered to pursue cello.

Working hard to improve her skills, McCormick attended the Eastman School of Music for her undergraduate work and completed her master’s at Carnegie Mellon. She mentions that, during audition day, she had the opportunity to attend multiple classes with a current Eastman student, something that influenced her to attend the school. “I went to music theory, aural skills, all of these music classes, and it just felt amazing. I thought, these people are awesome and they are my tribe.”

After freelancing with many regional orchestras in the northeast, McCormick joined the prestigious Rochester Philharmonic Orchestra in 1995. “Joining that orchestra was amazing because, while freelancing and playing in smaller orchestras is great, you’re working harder than you know. When you get into an orchestra at that level, it’s almost like you can work less because everybody is playing at such a high level, so you don’t have to overcome that one musician who’s playing out of tune.”

She recalls, “It was a totally different way of working. It gave me a different expectation of any other work I did outside the orchestra, so it recalibrated my expectations for myself, and for all the work I did in the community.”

Though performing and working as a music educator has been McCormick’s career, a few years ago she was diagnosed with Bilateral Meniere’s Disease, which affects an individual’s ability to hear. Essentially, McCormick was going deaf, and there was little that could be done to stop the process. McCormick notes, “It’s changed my career because I can’t correctly hear pitch anymore. The last few years have been a lot of bucket listing; festivals I wanted to go to and places I wanted to see and hear while I still could, knowing the window was going to close on that.”

By exploring the world’s music, McCormick found that she didn’t have to give up her entire musical career. While unable to continue her work with the RPO, she has been able to resume her post as an educator at the Eastman Community Music School. “I realized, I don’t have to stop teaching. It’s weird, that they’re [the students] playing and I’m not really hearing what they’re playing, but the bass is so large and so visual that I can see what they’re doing.”

By teaching visually, McCormick has been able to work out a process that allows her to continue to involve music in her life. “It made our lessons flow really different, but a lot easier in some ways. I was very driven as a teacher to squeeze every minute of that lesson’s hour that I could, but I think this gives students a little bit more breathing room. I handed them [the students] a lot of power in their lessons because I’d say, ‘You know, it really looks like you were sharp on that shift but you know I don’t know.’ And they would say ‘yes’ or ‘no’ or ‘I don’t know, how can we tell?’ and I give them the tools.” 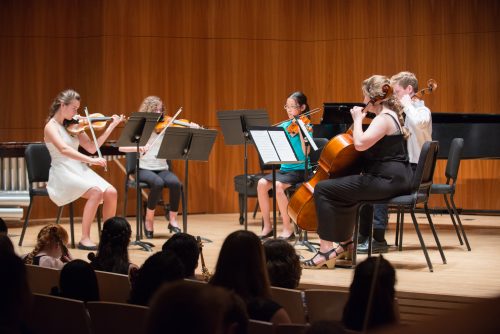 2016 Eastman@Keuka participants in their final recital

McCormick, who has run the Eastman at Keuka program for the past three years, was approached by Petar Kodzas, Associate Dean of the Eastman Community Music School, who wanted to take the Keuka camp from being a national program to a local one, the Adventure Music Camp. Excited to be a part of the Adventure Music Camp, McCormick mentions how camp director seems, in some ways, to be her true calling. “It’s this great blend of performance, organization, pedagogy and lifting people up. These kids are awesome and I feel like I have such empathy for this age because this is when I started playing the bass. It’s seems like you don’t fit in anywhere, especially if you love classical music, but you do, you fit in right here in my tribe.”

McCormick says, “The goal is for students to see each other, so they can recognize themselves that being a musician is totally fine at this age. It’s also for them just to get familiar with our campus and recognize that it’s not this big, scary place. I feel like our reputation in the community is a really good one, don’t get me wrong, but I think for someone who’s 11 or 12, it could feel almost off-putting. I hope that we can lower that perceived barrier and just let them know that we’re friendly, we’re outgoing, we love musicians at every age!”

The Adventure Music Camp is a week-long program lasting from 9 a.m. to 4 p.m., consisting of around 45 students entering grades 5-9. More than just rehearsals, it consists of multiple workshops that will allow students to become comfortable with different aspects of the music industry. Along with improvisation and songwriting electives, students will participate in an electronics and soundscapes course. “They’re going to do things like, here’s a picture, or here’s 10 seconds from a movie, what do you think it should sound like? They’re also going to record sounds out on the street and figure out how to work with them.”

On the final day of camp, students perform in a collaborative concert which combines the unique elements that make up the program. While the orchestra and band will each play three to four pieces, students will also show off the work created during the soundscapes course and what they learned through the improvisation course.

Excited to see what her students take away from the week, McCormick knows that, even with such a limited time frame, the students have great teachers and a passion for music that will allow them to create some spectacular work.

“Kids are already musicians at any age. I had read this quote somewhere, kids are as smart as adults but they lack experience, and I feel the same way. Child musicians, they’re as passionate and as musically informed as we are, they just lack technique, they don’t know everything yet. But, they have a voice inside them, and I respect and honor that.” 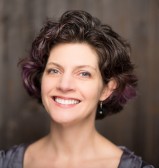 Summer @ Eastman presents the Adventure Music Camp Concert this Friday, August 3, at 4 p.m. in Kilbourn Hall. For information about the show and ordering tickets, click here.
The Adventure Music Camp Concert will be live streamed. There is no password, and the live stream starts 15 minutes before the show at the following link: https://www.esm.rochester.edu/LIVE/KILBOURN/.